Bayou Classic week back and underway in New Orleans 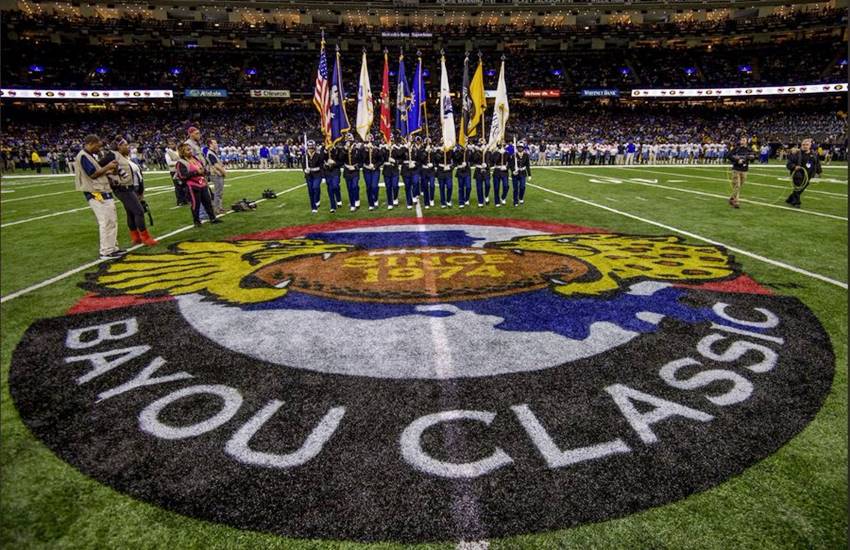 After nearly 20 months, the big week is back.

That includes the game, which is back where it belongs in New Orleans after a one year hiatus.

The 48th annual Bayou Classic is set for this Saturday at Caesars Superdome at 4 p.m.

The game will again be shown to a national television audience on NBC Sports Network.

A morning press conference featuring city and state leaders, along with coaches and administrators of Grambling and Southern ushered in the big week.

The 2020 game was displaced due to the COVID-19 pandemic, actually played in what was the spring season on April 17 in Shreveport at Independence Stadium with Southern routing the Tigers 49-7.

It has been a disappointing season for the Tigers at 3-7 overall and 2-5 in the Southwestern Athletic Conference.

It has been a disappointing season for the Jaguars at 4-6 overall and 3-4 in SWAC play.

In an unusual twist, both teams enter the big game with temporary head coaches.

Terrence Graves is the Interim head coach at Grambling.

Jason Rollins is the Interim head coach at Southern.

Graves is a veteran coach with 25 years of experience in the SWAC and was promoted to the position when Grambling dismissed Broderick Fobbs last Monday. Graves had been serving as linebackers and special teams coordinator.

Rollins had been at UTSA for two years under Frank Wilson prior to arriving at Southern. We remember Rollins well from his time as secondary coach at Tulane for nine years. Rollins is a former McNeese player and assistant coach.

The game will have a unique feature with in-game communication electronically between coaches and players, NFL-style, which was approved by the NCAA Rules Committee for this singular occasion.

Southern has won the last three meetings to take a 24-23 lead in what has been an incredibly closely contested rivalry, full of streaks for both sides.

The game has been played annually in New Orleans since 1974, with that year’s game played at Tulane Stadium before moving permanently to the Superdome.

The only exceptions to the game not being played in New Orleans were in 2005, when it was played in Houston following Hurricane Katrina and the extensive damage incurred by the Superdome from that storm, and the meeting earlier this year.

The events, including the game, are expected to generate an estimated $50 million in revenue for the city of New Orleans, according to chief marketing officer Mark Romig of New Orleans & Company.

The BizTech Challenge kicks off the week on Thursday with HBCU students having an opportunity to submit business ideas with a winner chosen with a prize of up to $10,000.

The annual Battle of the Bands is set for Friday night at 7 p.m. at Caesars Superdome.

On game day Saturday, the Bayou Classic parade rolls at 9:30 a.m., starting at Elysian Fields on the river and concludes on Loyola Ave.

The return of the big week and game is another reminder and indicator of things getting closer and closer to returning to normal, a great feeling in the Crescent City.