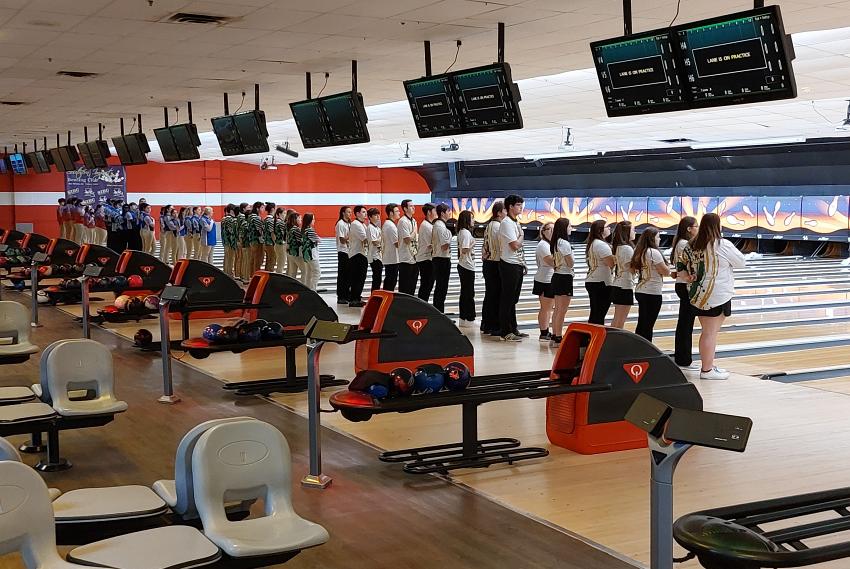 KENNER – One thing we do in Louisiana well is help each other in times of trouble.

High school athletics in southeast Louisiana had impacts from Hurricane Ida, whether it was damage to facilities or campuses, replacing uniforms or helping families get back on their feet.

While there are plenty of football stadiums, gymnasiums or baseball fields, the number of bowling centers are different. And the two in Houma, Creole Lanes and Bowl South, both sustained significant damage from Ida.

The South Central Region – otherwise known as bayou country – is well represented in state high school bowling, with 12 boys and seven girls teams competing. The only center left operating on the Highway 90 corridor is Steelwood Lanes in Morgan City

In a primarily after-school sport, trying to fit 19 teams to bowl upwards of 12 matches in a 24-lane center, plus allow time for practices, is roughly the equivalent to trying to playing football with three or four teams on the field at once.

But again, we help each other in times of trouble here. Up stepped neighboring centers, like AMF All Star Lanes.

Saturday, boys and four girls teams from Central Lafourche, Ellender Memorial, H.L. Bourgeois and South Terrebonne made the trip up from the bayou to close out their regular seasons with doubleheaders. Were it not for a Mardi Gras conflict, it would have been the second trip to Kenner for Saturday action.

Central Lafourche – for which a trip to Kenner took almost the same amount of time as a trip to Morgan City – took the opportunity on the final day of the regular season to honor their senior bowlers in a pre-match ceremony. 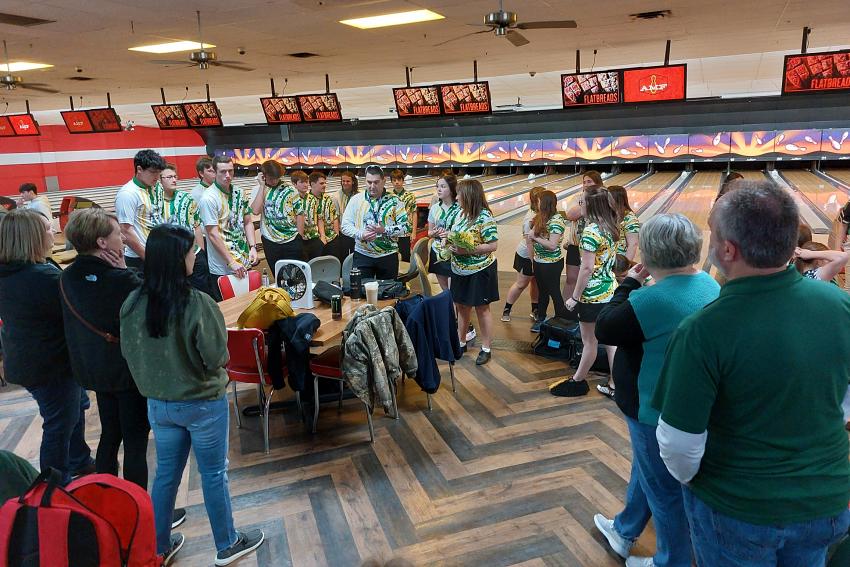 Shortly thereafter, the Central Lafourche boys went out in the first half of the doubleheader and rallied in the final game to defeat South Terrebonne 16-11. Evan Samanie had an opening game 254 and Ethan Domangue closed with a 227. After a lunch break, the Trojans closed out an undefeated season by defeating H.L. Bourgeois 25-2.

The Trojan girls team wasn’t as fortunate. Trying to finish undefeated as well, H.L. Bourgeois knocked off Central Lafourche 22-5. Corinne Rozands had a final-game 200 for the Braves, while Emily Floyd had a career-best 606 series, including a 223 last game, for the Trojans.

The state playoff brackets are expected to be announced Monday, with early-round playoff action on March 21-22 for boys teams – the March 22 matches in the upper half of the bracket will take place at AMF – and March 23 for girls.

While Saturday was a function of necessity, it also showed the sport of high school bowling has a place other than on weekday afternoons. Even with teams traveling an hour or more, the matches were well attended.

Creole Lanes will be back later this year as repairs are well underway on the 44-lane center, which hosted half of the boys early-round playoff matches a year ago.

It will again, someday soon. In the meantime, the bowling community found a way to step up for one another Saturday.