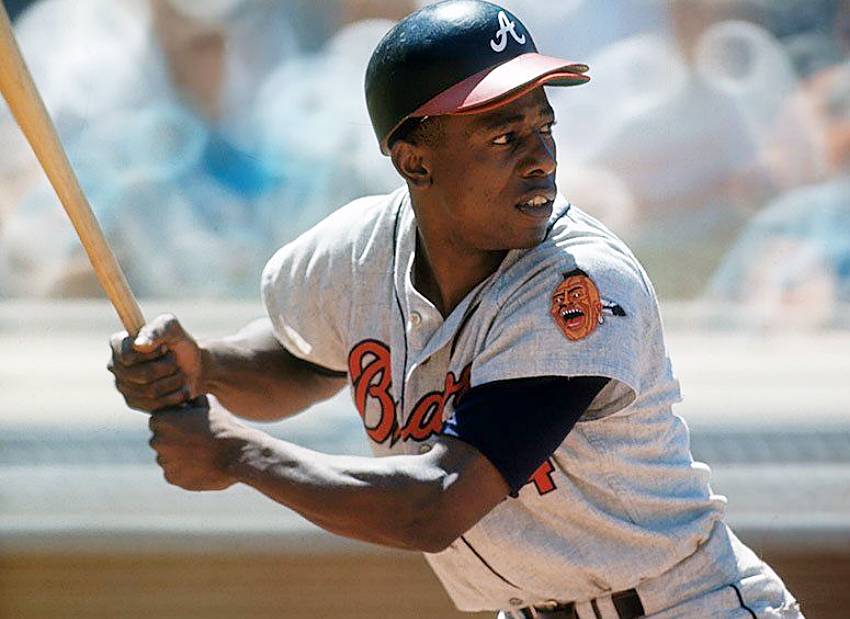 The baseball community lost one of its most respected ballplayers when Henry Aaron died on January 22, a few days shy of his 87th birthday. He is most remembered for breaking Babe Ruth’s long-standing career home run record in 1974 when he hit his 715th homer. He wound up hitting 755 during his 23-year career. A little-known fact is that Aaron has a home run history tied to New Orleans, although not including one of his historic 755.

New Orleans had long-hosted exhibition games between two major league teams. As teams wrapped up their spring training in Florida and were making their way back to their home cities to start the regular season, a stopover in New Orleans was often scheduled.

The Atlanta Braves and the Baltimore Orioles came to the city for a final tune-up exhibition game at Kirsch-Rooney Stadium on April 1, 1974. The game drew significant local attention since Atlanta’s Aaron needed just one more home run to tie Ruth’s record of 714.

While the whole nation was waiting for Aaron’s first regular season game with Cincinnati on April 4, New Orleans fans got the treat of a lifetime when Aaron smacked a home run in the eighth inning of the game against the Orioles. Given that he had struck out and walked in his first two at-bats, the crowd sat anxiously on the edge of their seats to see if Aaron would get another at-bat or be replaced by a substitute in the later innings. Furthermore, rain has been threatening the entire game.

Aaron did stay in the game and the rain held off. He finally gave the fans what they had waited for, when he hit a fastball off Orioles pitcher Bob Reynolds over the left field fence. His homer was one of five the Braves hit for the day, as they defeated Baltimore 7-0.

On April 4, Aaron tied Ruth’s record on Opening Day in Cincinnati, and then broke the legendary record in his home ballpark in Atlanta against the Los Angeles Dodgers with his 715th.

Aaron returned to New Orleans ten years later when he participated in an old-timer’s game in the Superdome. He suited up for the Nationals team that opposed the Americans in the All-Time All-Star game on June 2, 1984. In addition to Aaron, both teams were packed with other Hall of Fame players such as Willie Mays, Brooks Robinson, Larry Doby, Ernie Banks, Billy Williams, Bob Feller, Whitey Ford, and Warren Spahn.

Again, Aaron didn’t disappoint the local crowd, as he got the Nationals on the scoreboard in the first inning by cranking a home run off Bob Feller with Willie Mays on base. Those were all the runs the Nationals needed as they went on to a 7-0 win.

Aaron began his career in 1954 with the Milwaukee Braves as a 20-year-old. He played 21 seasons in the Braves organization, moving with the franchise to Atlanta in 1966. He returned to Milwaukee in 1975, after they had become the Brewers franchise, and played two more seasons. He still holds major-league records for RBIs and total bases.

After his playing career, Aaron served as an executive in the Braves front office. He was elected to the National Baseball Hall of Fame in 1982.