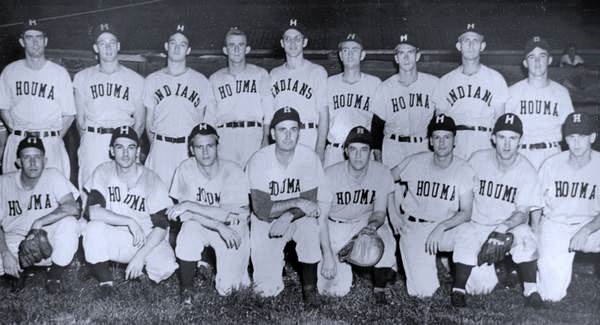 In addition to the minor-league Pelicans of New Orleans, other cities in south Louisiana helped formed a hotbed for professional baseball in the 1940s. The Evangeline League was one of 42 leagues that rebounded following World War II (In 1943, the number of minor leagues had dropped to as few as nine). Baton Rouge, Hammond, Houma, Abbeville, New Iberia, Thibodaux and Alexandria fielded teams in the Evangeline League.

Houma had won the regular season title with an impressive 92-39 won-lost record and then went on to defeat Abbeville in the playoffs. The player suspensions were based on an alleged conspiracy between the players and New Orleans bookies to fix league playoff games.

The Black Sox scandal involving Chicago White Sox players during the 1919 World Series should have provided a stern warning that betting on baseball games could have serious consequences for the players. Yet it was suspicioned that fixing games was occurring in a number of baseball leagues, including the Evangeline League, in 1946.

In mid-December 1946 following an investigation, Evangeline League president J. Walter Morris reported the charges of “throwing games, betting against their own clubs and being in collusion with gamblers.” The scandal was discovered when Abbeville owner “was informed that some of his players had arranged with gamblers to throw games.” The accused players were summoned to appear before Judge W. G. Bramham, who was commissioner of the minor leagues. 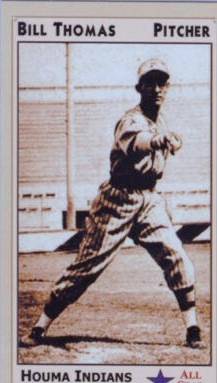 On January 18, 1947, Bramham placed five Evangeline League players on the ineligible list, including Bill Thomas, Leonard Pecou (who prepped at Warren Easton HS in New Orleans), Paul Fugit, and Alvin Kaiser of Houma and Don Vettorel of Abbeville. Following the decision, Morris warned the league’s owners and managers that “we either have to clean the league up or close up.” He said, “Fighting the gamblers is like fighting cockroaches. You have to keep at it all the time.” George Trautman, incoming president of the National Association replacing Bramham who had retired, later declared all matters regarding the gambling allegations had been resolved and gave a clean bill of health to the Evangeline League for the 1947 season.

The league’s problems gave the sport a black eye and caused increased warnings within Organized Baseball, including the major leagues, for preserving the integrity of the game. Boxing and horse racing were facing similar issues around the same time.