Barbaree storms on to quarterfinals at 120th U.S. Amateur 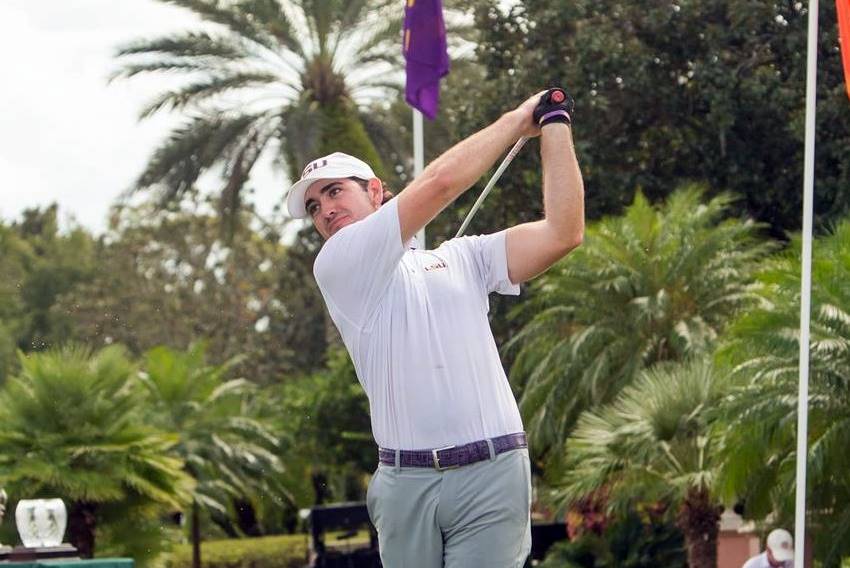 Bandon, Ore. – Philip Barbaree picked up two match play wins on Thursday at Bandon Dunes to advance to the quarterfinals of the 120th U.S. Amateur. He won his morning match 2&1 over Frankie Capan, and then he turned around and defeated William Mouw 3&1 in the afternoon session.

Barbaree’s morning was a back and forth battle with Capan that featured excessive winds and four lead changes. All square at the turn, Barbaree dropped the 10th hole to go 1 DOWN, but he rebounded by winning the next two holes and taking a 1 UP lead after the 12th. Barbaree and Capan matched each other shot for shot over the next four holes before coming to the par 4 17th. Barbaree parred the 399-yard par 4 to close out the match as the victor, 2&1.

Barbaree had more control in the afternoon match never trailing at all. He halved the first two holes with Mouw before collecting an eagle 3 on the par 5 3rd to take the lead. Barbaree increased his lead to as many as 3 UP after eight holes, but Mouw battled back and evened the match all square after winning the 12th hole. Barbaree was unphased and won the next two holes before closing the match out on the 17th. Barbaree won 3&1.

Barbaree is well known on the USGA circuit for his many achievements and he’s looking to add another one to the list this week at Bandon Dunes. He’s playing in his sixth U.S. Amateur and this is his third time playing in match play at the U.S. Amateur in the last four years. Barbaree, the 2015 U.S. Junior Amateur, knows what it takes to win a tournament of this caliber. He will take on Matthew Sharpstene on Friday afternoon with a bid to the semifinals on the line; the match is schedule to start at 3:45 p.m. CT.

Trey Winstead lost his Round of 32 match to Davis Lamb. Winstead claimed a 2 UP lead after seven holes and even led as late as the 14th hole. Back-to-back hole wins on the 15th and 16th gave Lamb the 1 UP advantage. Winstead didn’t go down without a fight as he birdied the par 5 18th, but Lamb was able to match and preserve his lead. It was an outstanding summer for Winstead who moved all the way up to No. 50 in the World Amateur Golf Ranking. He finished solo third at the Sunnehanna Amateur with a four-round score of 10-under 270, and advanced to match play at the U.S. Amateur, The Western Amateur, and North & South Amateur. He made it to the semifinals of match play at the North and South Amateur, while advancing to the quarterfinals at the Western Amateur.