Balanced attack leads Privateers to win in exhibition vs. Xavier 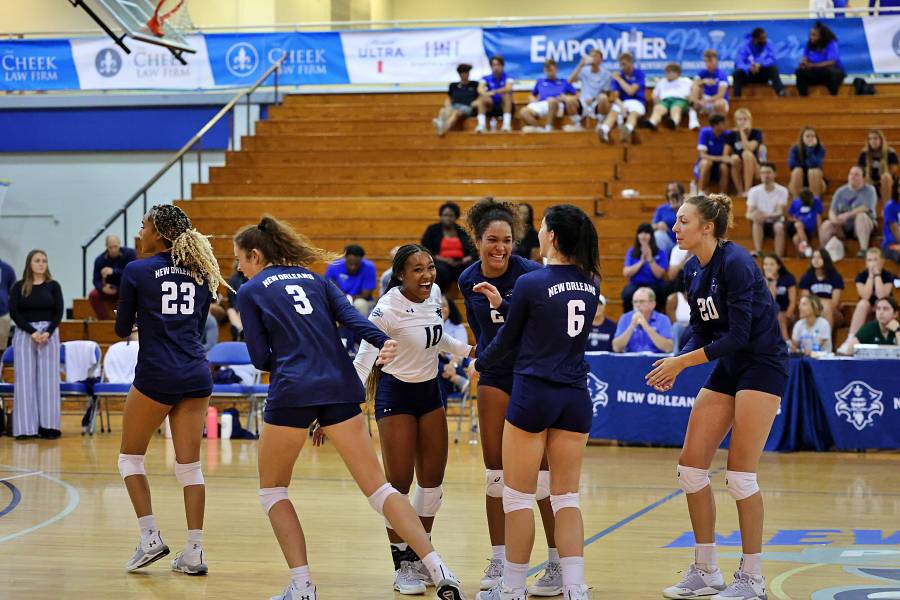 NEW ORLEANS – The New Orleans Privateers used a strong service game early and a balanced attack to defeat the Xavier Gold Nuggets 3-1 (25-16, 25-21, 22-25, 25-22) in an exhibition on Saturday afternoon at the Human Performance Center.

After Xavier took the third set, the Privateers fired back with a late rally. Trailing 17-14, New Orleans went on a 7-2 spurt to take a two-point lead. Xavier quickly tied the score at 21-21 but three consecutive New Orleans points put the home side on the brink of victory. A Kehoe kill sealed matters in the prelude to the regular season which starts next week.

NEXT UP
The Privateers will play in the D.C. Classic starting next Friday when they face George Washington, Georgetown and George Mason.