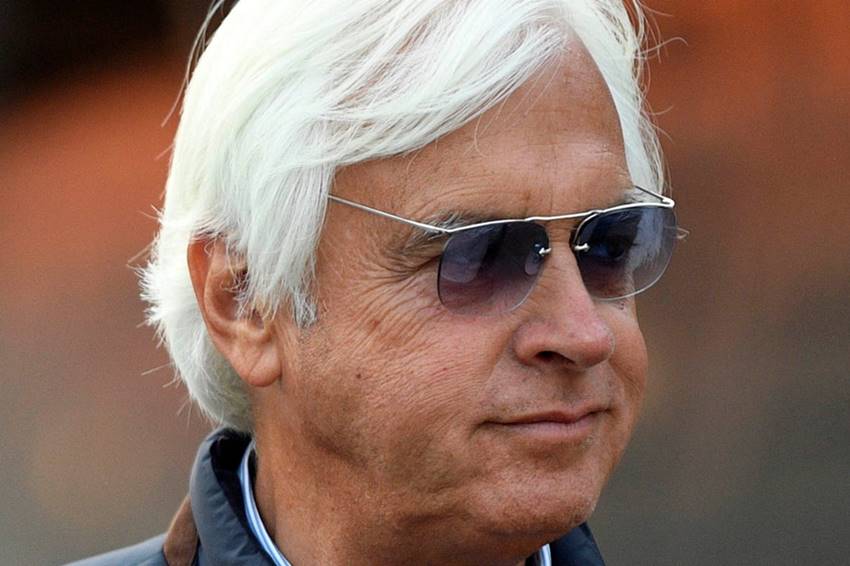 Live sports are hard to come by these days.

While basketball fans pine over a “Last Dance” from over two decades ago, football fans enjoy replays of Super Bowl XLIV and 2020 National Championship game triumphs for local teams, baseball fans revel in the exploits of Kirk Gibson, the Red Sox ending a curse and even the hapless Cubs making fans happy after over a century of futility, horse racing fans had a pair of events, real and imagined, to enjoy Saturday.

The first Saturday in May is an annual ritual.

Whether you are a horse racing aficionado or not, the vast majority of the general public pays attention to the Kentucky Derby.

The invasion of COVID-19 ruined the race, at least on its scheduled date for 2020.

Now, the Run for the Roses is set for Saturday, September 5, on a college football Saturday, which will diminish the viewership and impact the race will make.

When it takes place, trainer Bob Baffert may leave rivals seeing red, as in the red of roses draped on one of his three elite entries.

Baffert already owns the most Triple Crown race victories with 15 and is tied with Jim Fitsimmons as the only trainers to train two Triple Crown champions. Baffert has also won 15 Breeders Cup races and has four international stakes race victories.

At Oaklawn Park in Hot Springs, Arkansas Saturday, a pair of Baffert trained horses were simply great in sweeping both legs of the Arkansas Derby.

In Division I, Charlatan dominated the field from start to finish, capturing the race by an overwhelming six lengths under the steady handle of jockey Martin Garcia, who replaced Drayden Van Dyke, in a time of 1:48:49.

Garcia wisely put Charlatan on the lead early, not allowing Charlatan to be boxed behind horses on the rail. Basin was second with Gouverneur Morris third. New Orleanian Dallas Stewart’s Winning Impression was fourth. The lightly raced Charlatan is unbeaten in three races after not racing as a 2-year-old.

Nadal won by three lengths over King Guillermo, a horse with a royal name. Joel Rosario positioned Nadal perfectly and he had a clean trip and was easily best in the Division II race, where the field was more accomplished. Long-shot Finnick the Fierce was third.

Louisiana Derby winner Wells Bayou, breaking from the outside post position, broke strikingly fast to veer clear inside for the early lead. The pace was too much for Wells Bayou, as was the excellence of Nadal, who tracked Wells Bayou and went by him easily when Rosario asked him to run.

The winning time for Nadal was 1:48:34. The win on Nadal was the fifth of the day for Rosario, who had a big day, just as Baffert did.

Nadal is unbeaten in four races, three of which were graded stakes fields. Charlatan is less seasoned as this was his first stakes race but he handled it perfectly.

Both Charlatan and Nadal handled the 1 1/8 mile distance with ease, a clear indication that they will handle the 1 ¼ mile distance at Churchill Downs in September.

The Arkansas Derby had been scheduled for April 11 but was moved to Saturday to fill the void left by the Kentucky Derby.

Because of the cancellation of other major stakes races, the Arkansas Derby drew 22 entries and was split into two divisions, two races.

The sweep conjured up memories of 2012, when Baffert won a pair of Kentucky Derby prep races in two divisions of the Southwest Stakes with Secret Circle and Castaway each posting victories. Of course, neither horse went on to win a Triple Crown race.

As if Charlatan and Nadal were not enough, Baffert has another superb horse set to challenge in Louisville in September in Authentic, who is unbeaten in three races.

A lot can happen between May and September. Three-year-old horses mature at different intervals and change quite a bit as time unfolds.

While Baffert was stealing the headlines in Arkansas, a blast from the past left another memory that will last, emerging victorious from a stellar cast by simply running too fast.

On Friday night, ESPN aired the movie “Secretariat,” reminding us of the greatness of the chestnut known as “Big Red.”

The horse, Secretariat, put on the most impressive, most dominant performances in horse racing history in 1973 in sweeping the Triple Crown as the first horse to win the Kentucky Derby, Preakness Stakes and Belmont Stakes since 1948 and Citation.

Then, in a computer simulated race featuring all 13 Triple Crown champions Saturday, Secretariat, widely regarded to be the best horse ever, edged Citation for the victory. Seattle Slew was third.

In the virtual world we find ourselves ensconced in presently, it was a welcome diversion of make-believe.

Meanwhile, Baffert and his dynamic duo of Charlatan and Nadal went a long way to make believers of many who look forward to September 5, poised to add to the legacy of Silver Charm, Real Quiet, War Emblem, American Pharoah and Justify. The latter two won the Triple Crown.

Time will tell if the unlucky number 13 will turn the page to 14 this year, if any of the trio of Baffert horses or another such as Tiz The Law, Storm The Court, Ete Indian, Sole Volante, Maxfield, Thousand Words, or Modernist, among others emerges to become the horse to be compared to Secretariat.

Then again, as Prince once stated, “nothing compares to you.” Prince and Secretariat are gone but their legends live on.

Secretariat is still king in horse racing circles, the royalty of royalty, real or imagined.