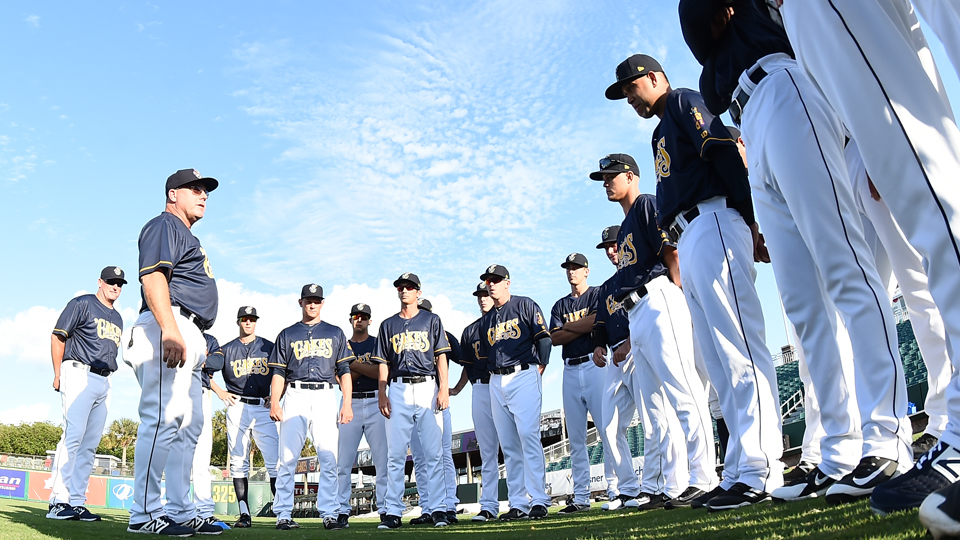 METAIRIE — Program sales should be brisk when the New Orleans Baby Cakes begin the season Thursday night at The Shrine.

There’s a lot of catching up to do with this year’s team because only four players on the roster for the game against Nashville spent any time with New Orleans last season — infielder Peter Mooney, outfielder Isaac Galloway and pitchers Adam Conley and Nick Wittgren.

There are so many new faces that Beyeler was still evaluating some positions in his lineup and rotation, though he has decided that Conley will start the opener. The left-hander is not only one of the players who was here for part of last season, but was also with the Baby Cakes for parts of the 2014 and 2015 seasons during his ascendancy to the parent Miami Marlins.

Conley called last season “a struggle” for him. He was 3-3 with a 5.49 earned run average with New Orleans and 8-8 with a 6.14 ERA with Miami. He said he feels confident that a series of changes since the end of last season will yield better results.

“The way I set myself up to pitch in the past was really hit or miss, it was high risk, high reward, so you see a lot of peaks and valleys in my career in the big leagues,” Conley said. “I rebuilt myself from a mechanical standpoint during the off-season.”

Additionally he has two new pitches after changing the grip on his fastball and switching to a more conventional slider about a month ago. He said the new slider makes the ball move more laterally, gives him another option early in the count and can “backdoor righties.”

“I thought I had a great spring as far as the progression I made,” Conley said. “I’m really happy with the way I’m throwing the ball.”

The goal, Conley said, is to become “consistent through a long season.”

As a group, the Baby Cakes hope for improved results compared to last season. In 2017, New Orleans (55-83) finished last in the American Southern division, 34 1/2 games behind first-place Memphis. Only Las Vegas (56-86) had a worse record in the entire Pacific Coast League.

Among the newcomers to watch is outfielder Braxton Lee, the 2017 Southern League batting champion, who spent the first three days of this Major League season with the parent club as it played the Cubs before he joined New Orrleans.

The Picayune, Miss., native said the parent club and the Triple-A club are both “young and scrappy.”

“There’s a lot of upside being on this team, being on the next level to be called up if they need somebody,” Lee said.

That opportunity for advancement in the Marlins organization is thanks to a series of off-season trades that created openings and brought in talented youngsters. Three of the more notable acquisitions are Baby Cakes — outfielder Magneuris Sierra and pitchers Sandy Alcantara and Zac Gallen, who came from the St. Louis Cardinals in a deal for outfielder Marcell Ozuna.

“There’s great opportunity in this organization right now,” Conley said. “We’re a talented bunch with a ton of potential. It’s going to be about harnessing that consistently.”

Veterans of the Marlins organization said they have seen a new approach in the organization with former Yankees star Derek Jeter taking over as co-owner and CEO.

With a new attitude and a lot of new faces, there’s hope that the Baby Cakes will be improved but that comes down to something that never changes, Beyeler said: “The guys have to go out and play.”

When they go out and play for the first time Thursday, Beyeler will place the baseball in Conley’s hands.

“It took me four years to get it. It’s an honor,” Conley said. “I love getting a lot of starts, a lot of innings. I don’t care if it’s here or overseas or in the big leagues, I want the ball.

“Being the opening day starter hopefully that means I’m going to get it a little sooner each time. It’s a great privilege. I don’t take it lightly. I’m excited to set a tone for this club.”