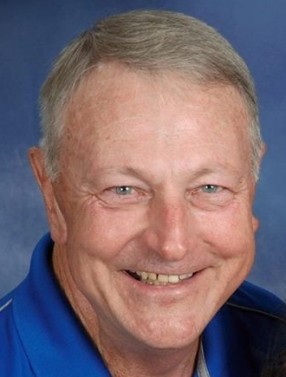 Rick Gaille was involved in athletics his entire life, first in the arena as a competitor, later on the sidelines as a coach and later analyzing sports for Crescent City Sports and WGSO.

Gaille was named Head Coach at St. James High School in St. James Parish in 1992. After 19 years he amassed a record of 170-69, reaching the playoffs 17 times. The Wildcats reached the Semi-Finals nine times leading to three State Finals appearances.

In 2011, after his final season at St. James, Rick joined the vast Ken Trahan Media Empire as Studio Analyst for Ken Trahan’s Original Prep Football Report. He also began writing as a blogger “From the Coach’s Office” and contributed to live chats for LSU and New Orleans Saints games as well as the 2012 Zurich Classic.

He also served as the third Tailgater on The Three Tailgaters Show on Saturday mornings, partnering with Ken Trahan and Ed Daniels.

On television, Rick served as a guest Co-host on Friday Night Football on WGNO, as well as a guest analyst on SportsNOLA TV. He was also the studio host for Prep Recruiting Insider along with Rene Nadeau.