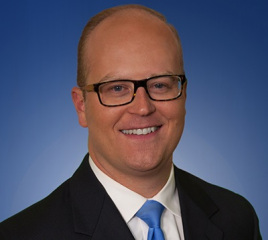 Jeff joined KLFY’s long-running Morning Show Passe’ Partout as a Co-Anchor and reporter in June of 2014.

Previous to jumping to the News Department, Jeff was a Sports Anchor and reporter in Tyler, TX , Alexandria, LA and at KLFY in Lafayette, LA.

Covering his favorite NFL Team the New Orleans Saints, during their Championship run to Super Bowl XLIV in Miami, was the highlight of his sports broadcasting career.

Jeff is a graduate of Southeastern Louisiana University. In his spare time, he enjoys working out, and spending time with his dog named Trouper. Jeff adopted the Lab-Heeler pup after he had been dumped in a ditch.