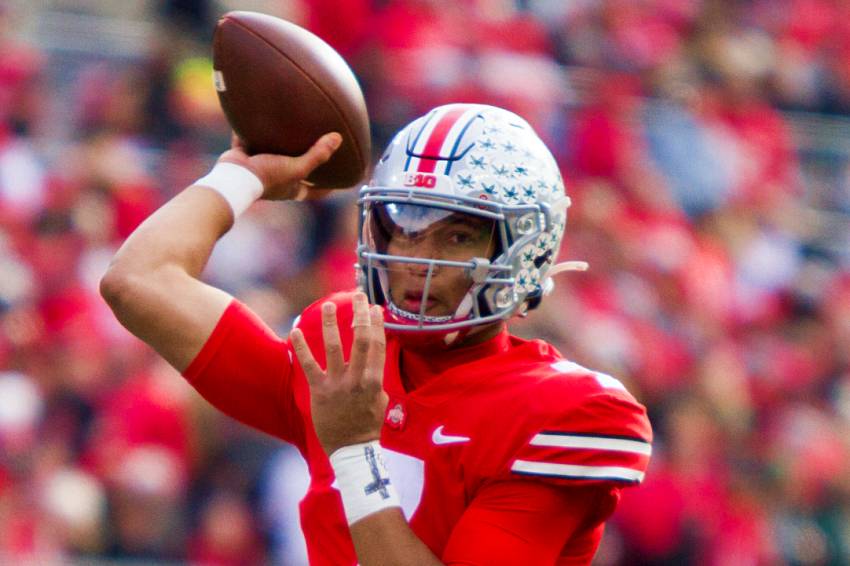 It may be the start of college football season but it’s never too early to talk about the next NFL Draft.

As of now, five quarterbacks could go in Round 1 next spring. It looks like a solid year for pro prospects at the position.

Stroud really looks the part, with nice size for the position. He has shown a quick delivery and has fine arm strength. Adept at throwing deep, Stroud can also put touch on his passes when needed. He’s an accurate passer as well

Very mobile, he can sidestep the rush and throw well on the move.

Some technique work, mostly with his feet, is needed and he seems to play less athletic than he is at times. Stroud tends to stare-down his receiver too often.

A solid athlete with arm strength, the reigning Heisman winner can drive the ball to every part of the field.

With a very quick release, Young puts zip on his throws. He reads the defense well and makes some plays with his legs. A winner and great teammate who has had great college coaching, the Crimson Tide star should be NFL ready mentallyand emotionally.

Young does lack ideal size and also needs to get stronger for the next level.

A dual-threat quarterback who will leave the pocket and make plays with his legs, he normally gets the ball out quickly with good zip.

More touch on his passes would help. He tends to throw too hard at times.

Leary also takes chances and tries to force the ball into tight coverages at times.

Levis has a cannon for an arm and make all the throws. Ideal size for the position and a crisp quick release impresses pro scouts.

A transferred to Kentucky from Penn State, Levis is a leader and a team captain for the Wildcats.

Athletic with good speed for the position, Levis does need to throw with more anticipation. He tends to wait too long for the receiver to get open rather than throw him open.

A huge prospect who should get his chance to lead this fall.

Even with his great size for the position, Richardson is an explosive athlete. He’s very agile for a big man.

An accurate short-range passer with enough arm strength to also go deep with his throws, Richardson has the physical tools to excel at the pro level. He could move up this list with his tantalizing upside.

Richardson only needs to become more consistent; he is young and needs more experience Still a work in progress, the Gators dual-threat lacks anticipation and tends to hold the ball too long.