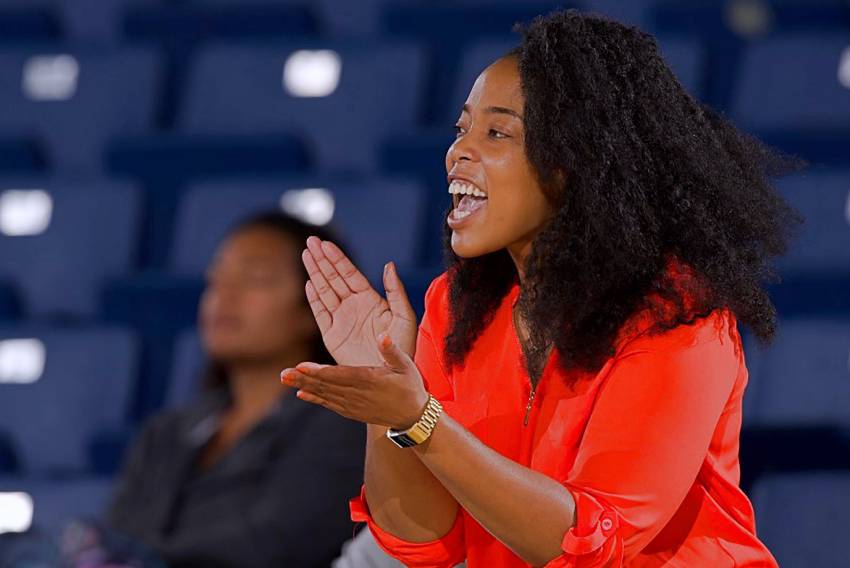 NEW ORLEANS – The New Orleans Privateers announced the hiring of a new indoor head coach with the addition of Ashley Preston. Her first official day will be July 13. Preston brings 10 seasons of head coaching experience to the Lakefront and becomes the 14th head coach in program history.

Preston joins the Privateers after five seasons in the Big West with the Cal State Fullerton Titans. In her last season leading the Titans (2019), the program featured a six-win improvement and Preston was named co-Big West Coach of the Year. Her team’s defense was a key as Cal State Fullerton ranked in the top 25 nationally in digs per set with 17.44.

“Cal State Fullerton helped me grow so much personally in professionally,” said Preston. “In 2019, I found my vision, authentic self and created a culture centered in my purpose of helping women be the heroes of their own story. Now is the right time for me to start my next chapter and be a part of New Orleans’ vision. I want to thank Tim Duncan and Kim Gallow for this opportunity and I am excited to be a Privateer!”

The Big West canceled all Fall 2020 sports due to the COVID-19 pandemic.

A graduate of Morgan State (2008), Preston spent a year at Spelman College before going to Coppin State. In the first of three seasons with the Eagles (2012), Preston led the Maryland-based school to their first MEAC Tournament berth in six years. Coppin State won 40 games under her direction.

“After speaking to the women on our volleyball team about what they wanted in a head coach, it was clear that winning at a high level and leadership were the most important aspects of their experience,” said VP of Athletics and Recreation, Tim Duncan. “Ashley Preston has a strong track record of developing student-athletes and turning around programs. More importantly, she stood out within a strong pool of candidates with respect to her demonstrated leadership abilities. I am fired up to see how Privateer Volleyball will thrive during the Ashley Preston era!”

Preston coached Julia Crawford to an All-Big West first team selection in 2019. Crawford became the ninth student-athlete in program history to earn first team all-conference recognition. Under her tutelage, Savahna Costello was Big West honorable mention and ranked 13th in the nation in digs per set in 2019.

“We are excited to have Coach Preston join the Privateer family,” said Kimberly Gallow, Associate AD for Operations and Capital Projects. “She brings a renewed sense of spirit, energy and knowledge of the game of volleyball that will greatly benefit our program. Ashley’s story is remarkable and we are excited to support her as she uses her platform to bring Privateer volleyball to new levels.”

Prior to her start as a head coach in 2011, Preston spent three years as an assistant. She began at her alma mater for two years before shifting to Loyola-Maryland in 2010.

‘Ashley has meant so much to Titan Athletics but much more to the Titan family and community. Her impact is all over the fabric of who we are and want to be.”

“Ashley has proven herself to be a coach dedicated to her team both collectively and individually. She focuses her energy on people, being an advocate for her players and a great friend to her colleagues.”

“New Orleans has added a very special leader to their team. Ashley’s focus on building a unique culture enabled our young women to excel academically, in volleyball and most importantly in life.

We are especially grateful for the tremendous impact Ashley has had on improving Titan athletics and our entire campus in our social justice commitment.”

“Ashley is an amazing mentor and friend who has helped prepare me to achieve my future goals. Once you tell her your goals, she is the first to tell you that you are capable and deserving of achieving them while helping you to reach them.

She is authentic in everything she does and helps everyone around her live their purpose. She is an incredible addition to any school, staff and team.”