Football is in the air. Pro football, that is.

Following the annual NFL draft in late April, the rookie camps opened their doors this past weekend, others will have their introduction to the league this weekend.

Now that the infusion of new young talent is done, I thought that this would be an ideal time to see which teams could make that next step. There are some key offseason additions around the NFL which could pay immediate dividends.

In these parts, we focus on the NFC South and particularly the Saints, of course.

The center position shakes out between second round Eric McCoy and free agent signee Nick Easton in New Orleans. The offensive position could be an option for either of the two when the need arises. If left tackle Terron Armstead experiences any ill affects from past injuries or has new ones crop up, left guard Andrus Peat can once again slide over to fill that spot while McCoy or Easton replace Peat.

While interior backups Cameron Tom and Will Clapp are still very much in the picture, the Saints have more depth and talent on the offensive line now than they had last season.

Rookie minicamp this weekend will start the process of getting McCoy ready to contribute. The same can be said for fourth round pick Chauncey Gardner-Johnson, who looks like an ideal fit at safety to challenge Vonn Bell. The former Florida Gator loves contact, plays with energy, accelerates to ball and stays on receivers’ hip during the route. Sometimes Gardner-Johnson plays a little too soft in coverage but he has ball skills to play in space.

We may see him join Bell and free safety Marcus Williams in a ‘big nickel’ package using three safeties like we’ve seen the Saints use in past seasons.

Versatile athlete Kaden Elliss is a collision tackler at linebacker, who can knock sparks off of the ball carrier. He should play immediately on special teams.

Among the undrafted signees the Saints have brought in to compete, defensive end Carl Granderson out of Wyoming stands out as potential great value. He had a fifth round grade prior to the draft, but the Black and Gold were able to give a decent guarantee to sign him after an off-field issue left him on the street.

Darnell Holland was a big time playmaker at Kennesaw State thanks to quick feet and intriguing 4.38 speed.

Jumbo wideout Lil’Jordan Humphrey tallied 1,176 yards receiving with 10 scores in 2018 at Texas but was not drafted due to slow timed speed. He might just prove all 32 teams wrong not to have at least drafted him on day three.

Linebacker Chase Hansen played in 43 games with 35 starts at Utah but he is 26 years old already. He is tough and physical, with an outstanding work ethic and high football IQ. If he brings it on special teams, he can easily stick around.

As for the remainder of the divison, Carolina is hoping their top pick, defensive end Brian Burns, makes a big splash. The Panthers are in dire need of more pass rush.

Undrafted running back Elijah Holyfield produced 1,018 yards and seven scores with an impressive 6.4 yard average at Georgia last season but he will have to compete with fifth round pick Jordan Scarlett for chances in the backfield behind Christian McCaffrey.

Veteran center Matt Paradis, a free agent pickup, solidifies that spot. Left tackle Greg Little, second rounder from Ole Miss, will press for reps immediately. Protecting Cam Newton, who has had injuries pile up on him in recent seasons, is crucial to Carolina’s hopes to improve.

Atlanta has a pair of rookies who may man the right side of their offensive Line soon. First rounders Chris Lindstrom at guard and Kaleb McGary at tackle will be expected to play in a hurry. Veteran free agent James Carpenter should slide into left guard slot. You can be sure Matt Ryan will be watching the developments up front on offense closely.

Ex-Saints defensive tackle Tyeler Davison brings versatility and his lunch pail to the Falcons. Keep an eye on fourth round pick John Cominsky, a defensive end out of Charleston who has 16 career sacks and good physical tools.

It all starts up front, and both the Panthers and Falcons need more quality play and depth to emerge in the trenches.

As for the Buccaneers, top pick Devin White captured the Butkus Award at LSU in 2018. on the way to becoming the No. 5 overall pick. He possesses skills to be a multi-time Pro Bowler and become a team leader in a short time. when a middle linebacker is taken that high, the team that drafts him expects no less.

Tampa Bay’s new defensive coordinator Todd Bowles will utilize White’s skills while also working with outside linebacker Shaquil Barrett, who arrived from Denver this offseason. Barrett could be an outstanding presence as pass rusher. 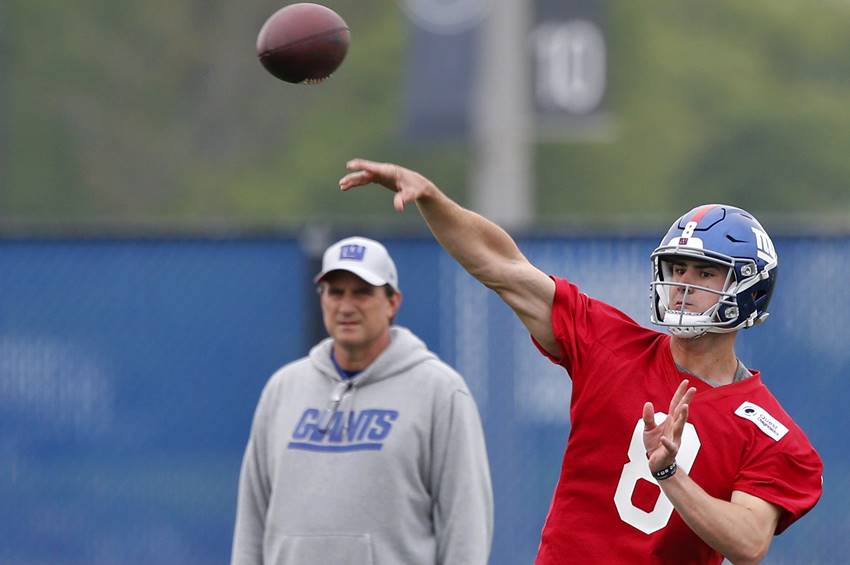 We looked around the NFC South as rookie minicamps take place around the NFL. Now we look at how newcomers for a few other NFC teams fit into the new homes.