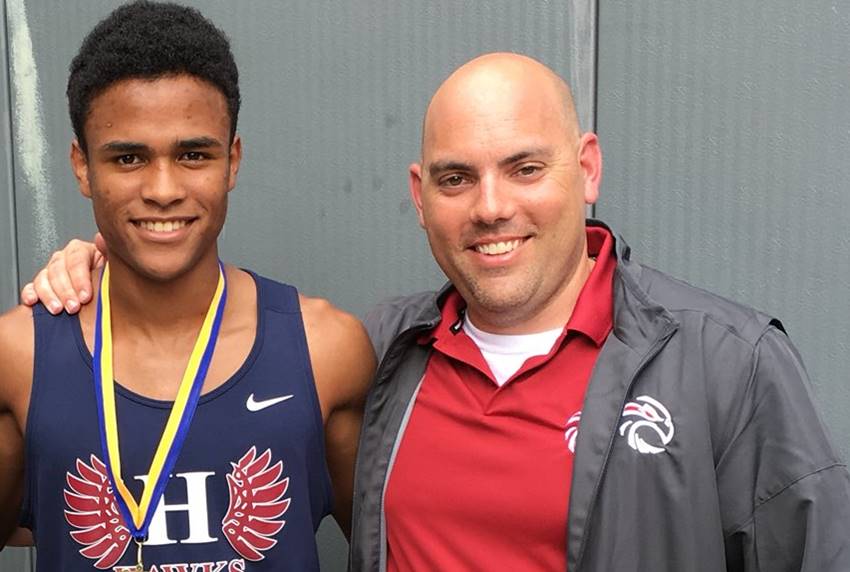 Perniciaro has worked the past four years at Archbishop Hannan, having served in multiple roles including Assistant Athletic Director, Athletic Communications Manager, Special Teams Coordinator and Head Track and Field coach. Perniciaro was last at De La Salle where he served as Special Teams Coordinator, Associate Head Coach and was the Head Track and Field coach.

Hines said throughout his tenure as Athletic Director at Archbishop Hannan he has worked closely with Father Charles Latour to improve the athletic program.

“Together, we have upgraded our facilities – building a football field, weight room and wrestling building – and upgraded our coaching staff in every sport,” Hines said. “Having worked closely with (Perniciaro) while we were both at De La Salle, I couldn’t be more confident in his ability to take over the athletic program as we continue to move forward.”

Perniciaro said he was honored to serve as the next Athletic Director of Archbishop Hannan High School.

Over the last eight years, Coach Joe Hines has done a tremendous job of building up the athletic program at Hannan,” Perniciaro said. “I have great respect for Coach Hines and what he has accomplished as the Athletic Director, and I look forward to elevating Hannan athletics even more in the years to come.

“In the past 11 years, I have continued to grow professionally as an educator and coach, as well as personally in my faith.  I believe Hannan’s continued success in athletics relies on our ability to provide our student-athletes with opportunities grow in their respective sports, in the classroom and in their faith.”

“We have been blessed by what (Hines) has done during his time with the Archbishop Hannan athletic department,” said Head of School Chad Barwick. “We are excited for Michael as he pours his energy into growing Hannan as a competitive force on the Northshore, in the Archdiocese and in Louisiana.”

Perniciaro graduated from Southeastern University with a Bachelor of Arts in History and Creighton University with his Master of Science in Educational Leadership. He and his wife, Lindsay, have two young children, Carter and Luke.