Another game, another blown opportunity for fading Pelicans 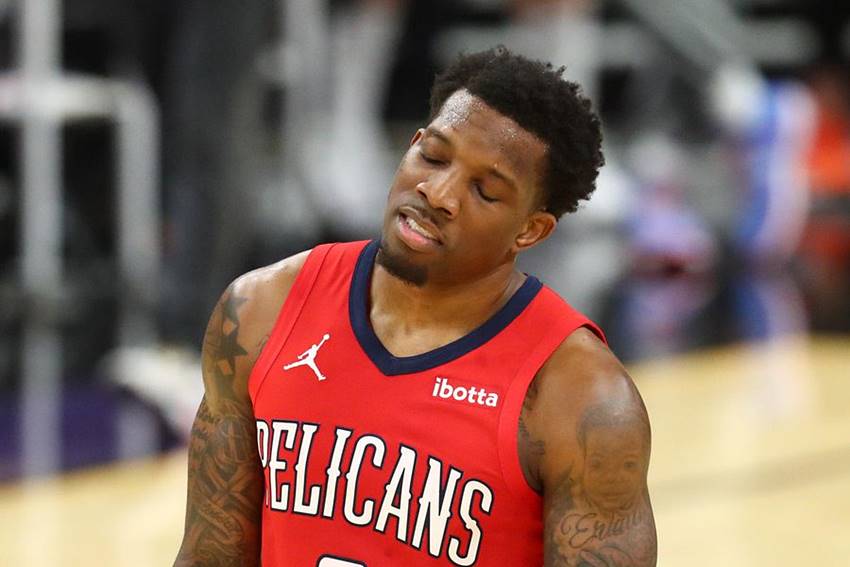 The New Orleans Pelicans out-did themselves.

This team keeps raising the extremely high bar it has set for “worst blown lead” in this rapidly fading season.

The latest, greatest mishap came in the form of a 122-112 overtime loss to the Knicks on Sunday afternoon in Madison Square Garden.

The game was lost in overtime – but it was blown at the end of the fourth quarter, as many Pelicans’ games have been this season.

The score was tied at 92 before the Pelicans seemed to take control late in the fourth quarter.

Zion Williamson assisted on Eric Bledsoe’s 3-pointer and made two free throws. Lonzo Ball followed with a layup that completed a 7-0 run that gave the Pelicans a 99-92 lead with 3:44 left.

The Knicks used up nearly half of the remaining time and scored just one point, but the Pelicans scored none.

Rose made a 3-pointer and Nerlens Noel added two free throws to cut the Pelicans lead to 101-100 lead with 50.6 seconds left.

A Williamson turnover gave the Knicks a chance to go ahead, but Immanuel Quickley missed a jumper. Williamson rebounded and the Knicks sloppily let the clock tick from 14.8 seconds to 7.8 before fouling Bledsoe.

He made both free throws.

During the time-out, Pelicans coach Stan Van Gundy tells his players to foul. After all, two free throws can’t erase a three-point lead.

But a 3-pointer can.

Van Gundy had a second message in case the first one didn’t take: don’t leave Reggie Bullock alone because he makes 40 percent of his 3-pointers.

But the Pelicans didn’t do as Van Gundy instructed them to do.

Bledsoe had a chance to foul Rose, but didn’t.

Rose drove to the basket even though a two-point field goal would be of little value. Lonzo Ball took the bait and drifted away from Bullock to help guard Rose on a shot that Rose presumably had no intention of taking.

That left Bullock open behind the three-point line. Rose passed to Bullock and Bullock easily swished the uncontested shot.

“We screwed up that entire play,” Van Gundy said of the tying possession. “We deserved to lose.”

Van Gundy said he addressed the blunders with the team afterward.

“There was no lack of clarity after the game,” Van Gundy said.

But the lack of clarity during the game was decisive.

Several of the Pelicans’ best players are only a few years removed from college, so it could be tempting to attribute a late-game break-down such as this one to youthfulness.

“High-school guys could have done what (the Pelicans) were supposed to do,” Van Gundy said.

Bledsoe, who ate age 31 is the second-oldest Pelican, confirmed his mistake.

“I wasn’t paying attention,” he said. “Lack of focus.”

Bledsoe’s brain camp marred what had been arguably his best game of a disappointing first season with the Pelicans. He scored 10 points in less than three minutes to start the third quarter.

That was part of a 13-2 run that pulled the Pelicans within two points. Bledsoe finished with 22 points.

Van Gundy said he wanted his players to handle that tying possession as they handled a similar situation against the Celtics eight Sundays ago. The Pelicans led that game by three points with 8.3 seconds left in overtime.

After that game Brandon Ingram called the victory “a day of encouragement.”

But this Sunday was a day of discouragement.

The victory against the Celtics featured the largest comeback in Pelicans history as they won a game that they once trailed by 24 points.

But this season is better known for the comebacks by Pelicans opponents.

The Pacers overcame a six-point deficit in the final seconds of the fourth quarter and beat the Pelicans in overtime 118-116.

The Suns trailed the Pelicans by 11 points at the end of the third quarter and outscored them 41-12 in the final period.

The Trail Blazers overcame a 17-point deficit midway through the fourth quarter to prevail.

On Friday the Wizards trailed the Pelicans by nine points in the fourth quarter before forcing overtime.

The score was tied again when Williamson turned the ball over with 15.5 seconds left in overtime and fouled Russell Westbrook with one second left. Westbrook made both free throws for a 117-115 victory.

Then came Sunday in New York.

Another winnable game. Another overtime loss. Another blown opportunity.

When this season inevitably ends with the Pelicans falling short of the post-season, the team will remember Sunday’s blown opportunity.

And all the others – and perhaps others that will occur in the remaining 15 games.