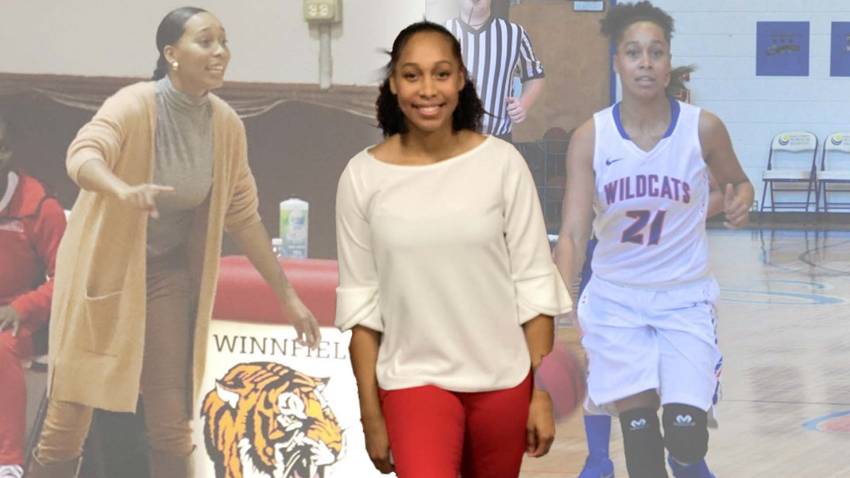 PINEVILLE, La. – The search for the next Louisiana Christian University women’s basketball head coach ends with the return of a former Wildcat coming back to her old stomping grounds as Anna Phillips was named the new head ‘Cat of the women’s basketball program on Tuesday, Athletic Director Reni Mason announced.

“What an exciting time for Louisiana Christian Women’s Basketball,” said Mason. “One of our own has come home. Anna will be tremendous in all facets of running the women’s basketball program. Anna loves Jesus, loves affecting young people’s lives, and she loves this institution. We hit a buzzer beater today.”

A press conference introducing Phillips as the new head coach has been set for 1:00 P.M. on Thursday, June 16th in the lobby of the Granberry Conference Center on the LCU campus.

“I would first like to say that all praise and honor goes to God for this wonderful opportunity,” said Phillips. “It is an amazing feeling to come back to my Alma Mater and build on the success of our women’s basketball program. I am excited to get to work and help transform lives through the gospel of Jesus Christ while coaching the sport that has helped me grow into the woman I am today. I’m ready to hit the ground running and get the ball rolling. Let’s go, Wildcats.”

Phillips played for the Wildcats from 2013-2016, helping then-Louisiana College go 41-34 and qualify for the American Southwest Conference Tournament twice in her three seasons in the orange and blue while also earning Academic All-Conference honors. She followed up her playing days by joining Patrece Carter’s staff for one season, serving as the team’s academic and community service coordinator while also running team camps.

“We are excited about Coach Anna Phillips returning to her alma mater to lead our Wildcats women’s basketball program,” said Dr. Rick Brewer, Louisiana Christian University President. “Anna is a winner on and off the court and we’re confident her attitude and basketball acumen will inspire our talented team to greater levels of success now and into the future.”

She returns to LCU from her high school alma mater, Winnfield High, where she’s been the head girls’ basketball coach since August 2019. She led the Tigers to the 2A state playoffs all three seasons, getting to the Regional Round in the 2022 tournament. Prior to that, she served as the head girls’ basketball coach at Grace Christian School in Alexandria for the 2018-19 season where she guided the Warriors to the Class B State Semifinal. Her first coaching job away from the orange and blue was at Western Texas College, serving as an assistant on the women’s basketball staff for the 2017-18 season.

“Anna Phillips is a winner,” said former Wildcats Head Women’s Basketball Coach Patrece Carter. “She’s young, energetic, experienced, and hungry for the challenge of growing LCU Wildcats women’s basketball in the NAIA. As former players and former coaches at LCU, Anna and I both have special places in our hearts for our alma mater. There’s no doubt she will give her all to the program and to the school.”

“Coach Phillips will be a great addition to the LCU family,” said former Wildcat assistant coach Vashni Sharp. “She is definitely walking into her purpose and wholeheartedly gives everything she has to the people around her and the game of basketball. She has been preparing for this moment since I have known her. She will change the culture of the program with her infectious personality and produce greatness.”

Phillips takes over a Wildcat team that just completed its first season in the NAIA, having finished the season with an 18-9 overall record, 11-5 in the Red River Athletic Conference, and advanced to the semifinal round of the RRAC Championship Tournament. It was the first time LCU finished over the .500 mark both overall and in conference play since the 2017-18 season, and the first time qualifying for the postseason since the 2018-19 season.