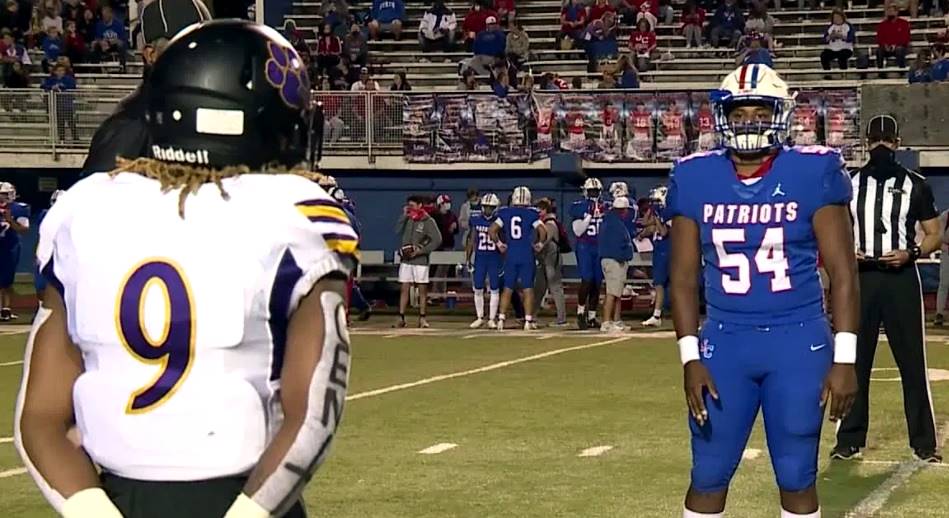 If at first you don’t succeed, try, try again.

The Louisiana High School Athletic Association, under the direction of Executive Director Eddie Bonine, continues to try to reshape the structure and makeup of its membership.

The effort has been a consistent, persistent one since Bonine took over his position when he was introduced at the end of 2014.

It has been a harrowing experience for Bonine, chocked full of landmines at every turn.

Bonine accepted the position as well as what he felt was a charge to attempt to reunite the fractured organization, which became fractured by vote of its member principals under the direction of previous executive director Kenny Henderson.

The split in membership occurred in 2013.

There have been many attempts to end it since with none succeeding.

Bonine nearly lost his job less than two years into his tenure by virtue of his bold attempt to bring nonselect and select schools back together as one. I commended him for doing so.

The end result is way, way too many championships in many sports in Louisiana.

To have nine football champions is ridiculous in a state with less than 300 participating members.

To have 12 basketball, softball and baseball champions is absurd.

Most of the select school brackets are utter foolishness.

The most glaring example is the six-team Division I softball playoff bracket.

Now, the latest effort to try to fix the glaring problem has apparently taken some root.

Let us watch and see how it actually occurs in practice as the LHSAA membership will have an opportunity to overturn the move via a vote at the 2023 convention in January.

The LHSAA executive committee passed a motion defining select schools differently to expand that sector by a 16-5 vote Thursday.

The motion was Option 2 of three options available for consideration.

Option 1 would have left the current organization setup intact.

Option 3 would have placed private schools and any others not getting minimum foundation funds or letter grades from the state as select schools.

The end result is that the number of select schools would increase in dramatic fashion.

Many of those reclassified will come from the metro New Orleans area, though the official list has not yet been made available.

Presently, there are 109 select schools and 296 on the nonselect side.

The move by the executive committee was based on bylaw 4.4.4, aimed at constituting and implementing fair play in all competition for member institutions.

The question is obvious.

How many schools being reclassified will protest vehemently and resist the change?

Though an optimist by nature, the skeptic in me wonders why nonselect schools, who prefer that designation, would vote to change?

The skeptic in me wonders if the move Thursday was simply symbolic without a real chance of ever becoming real policy?

Those impacted by the new definition of a select school are all magnet schools, including schools in parishes with open-enrollment allowed.

Some of those schools are easily identifiable, including several area schools, while others are in more of a gray area.

Failing the organization ever reuniting as one with a united playoff system, the proposal passed Thursday would split nonselect and select schools nearly equally.

The move to reclassify many schools as select schools will meet with resistance. It will draw the ire of some, if not many impacted, including schools who are not very competitive in athletics but feature a fairly significant number of international students as well, another factor in the new designations.

While the move is a welcome change if it actually becomes reality, the reality of the situation has a murkier side as well.

Select schools, long feeling discriminated against, based on their small to very small playoff brackets, along with the assigned dates and times of its playoff games, opted to split its championships, playing at its own venues in football, boys and girls basketball, softball and baseball since 2019.

The end result has produced a windfall for those select schools in terms of profit margin.

That was particularly true in football, beginning in 2019 with the Archbishop Rummel vs. Catholic High (Baton Rouge) Division I title game at Tulane’s Yulman Stadium. This past season, Jesuit and Catholic made an even bigger profit, based on information provided to CrescentCitySports.com.

E.D. White Catholic and University Lab turned a very nice profit in their championship game at Cajun Field in Lafayette.

Having attended many of those events, they were well run by the select schools, who did so themselves.

Those championships occurred while the nonselect title games, along with the Division IV championship game, remained in Caesars Superdome.

Clearly, the Superdome is the best venue.

Clearly, it is advantageous for fans and media to have the championships at the same venue.

Clearly, it is more expensive to play in the Dome, cutting into the potential profit margin of the participating schools.

The same is true in basketball, where select schools played in Westwego (Alario Center) and Lafayette (Cajundome) while their counterparts on the nonselect side were in Hammond (University Center) and Lake Charles (Burton Coliseum).

The LHSAA does a fine job of running its events, many of which I have attended.

The select schools do a fine job of running their events, many of which I have attended.

The end result is, in boxing terms, a split decision.

I could not resist using the word split.

In my vocabulary, split is a vulgar term.

How we find ourselves separating young people from each other, in this time and place in society, is sobering and spectacularly disappointing.

Addressing genuine issues which separate those who choose not to play with select brethren remains at the core of the problem.

Putting a limit or cap on financial aid provided would certainly address a significant portion of those concerns.

That said, there are some who simply have no desire to ever compete with private schools, at any time, in any fashion.

As Mr. Bonine mentioned Thursday, the split is only in five sports.

Of course, those are considered the “major” sports, by many.

Why is there no split in the other sports, largely dominated, and I stress dominated by private schools?

Perhaps it is because there is less interest in those sports.

Perhaps it is because there are far fewer participants on the nonselect side in those sports.

Either way, it is peculiar at best, problematic at worst.

Many feel the latest move is, in fact, a split decision.

On the one hand, placating an ostracized segment of the membership (select schools) by increasing its numbers is welcome.

On the other hand, shutting down the ability of those schools to stage championships at chosen sites, which has proven to be successful in terms of operation and financially, is considered a slap in the face by those select schools.

In a perfect world, there would be five championships classes in Louisiana sports, given the number of schools in the state. Some would argue that the four classes, in place prior to 1991, is an even better model.

Now, a move should take place to reduce the number of classes in the split organization to produce more teams that at least resemble true champions while reducing the crazy number of games at crazy times on weekdays in state tournaments statewide.

Those thoughts are simply common sense.

They make too much sense.

Will members use common sense to come together for the common good?

Call me skeptical, based on my senses, while remaining hopeful.

That would be my two cents, at least for now.