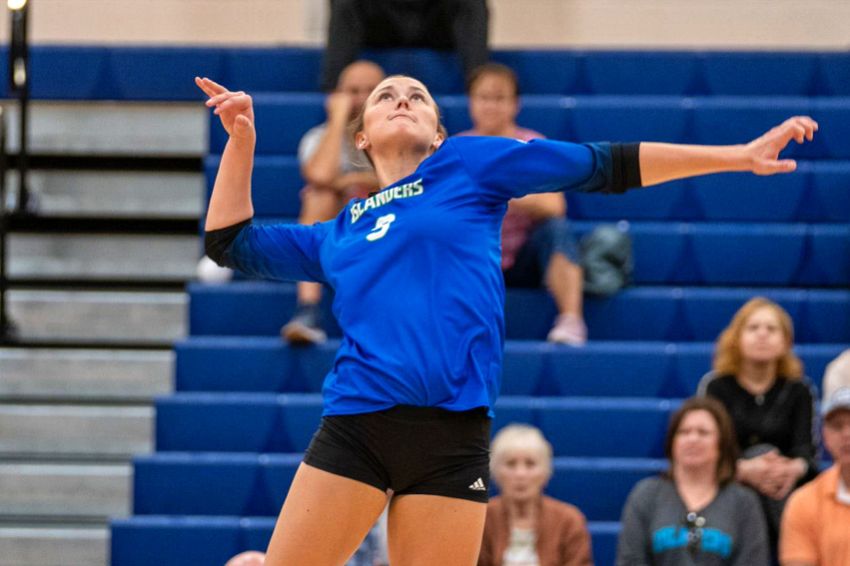 FRISCO, Texas – Texas A&M-Corpus Christi outside hitter Kyndal Payne was named the 2022 Southland Conference Volleyball Player of the Year and HCU’s Trent Herman was named the Katrinka Jo Crawford Coach of the Year to highlight the conference’s annual awards.

Payne led the conference in points per set (5.39), kills per set (4.91), and double-doubles (11) in SLC play. She had double digit kills in every conference match and ranked seventh in the league in hitting percentage in conference play (.309) and broke the A&M-Corpus Christi record for kills in a match with 28. She’s the third Islander to be named Player of the Year, joining Brittany Gilpin in 2016 and Faith Panhans in 2021. Payne was a second team selection in 2021

Panhans wins Setter of the Year for the third consecutive season, becoming the third player in conference history to achieve that feat, and the second A&M-Corpus Christi Islander. She led the conference in assists per set at 10.57 during conference play and was also the top setter in kills per set. She was the only setter to rank top 10 in the league in attack percentage at .360 and led the conference’s most efficient offense in terms of team hitting percentage at .272 and kills per set at 15.49.

Herman won the Katrinka Jo Crawford Coach of the Year award for the second consecutive season after leading the Huskies to their first Southland regular season championship and the top seed in this week’s Southland Conference Volleyball Championship.

HCU redshirt freshman Grace McLaughlin was named the Newcomer of the Year, ranking second in the SLC with 10.31 assists per set in conference play. McLaughlin recorded 19 double-doubles, including 10 in conference play, and had 50 or more assists five times. She is the first HCU player to win this award since 2015. She was a second team All-Southland pick.

McNeese’s Sanni Rantanen was named the Freshman of the Year to round out the league’s superlative awards. She ranked third in conference in hitting percentage (.348), seventh in aces/set (.36), and fifth in blocks/set (1.00). She is 12th in the nation for total blocks (135). She is the first Cowgirl to win this award since 2002. She was a second team All-Southland pick.

Newsome had a 4.19 kill per set average in conference play and ranked 41st nationally in kills per set. She ranked second in the league in points per set during conference play at 4.58, and was the only player to be named SLC Offensive Player of the Week three times. She had nine double-doubles in conference play and earns first team all-conference honors for the second time in her career (2020 when she was also Freshman of the Year).