AUBURN, Ala. – Like the New Orleans Saints one year ago, the LSU Tigers are reaping the rewards of one of the best off-seasons in their recent football history. 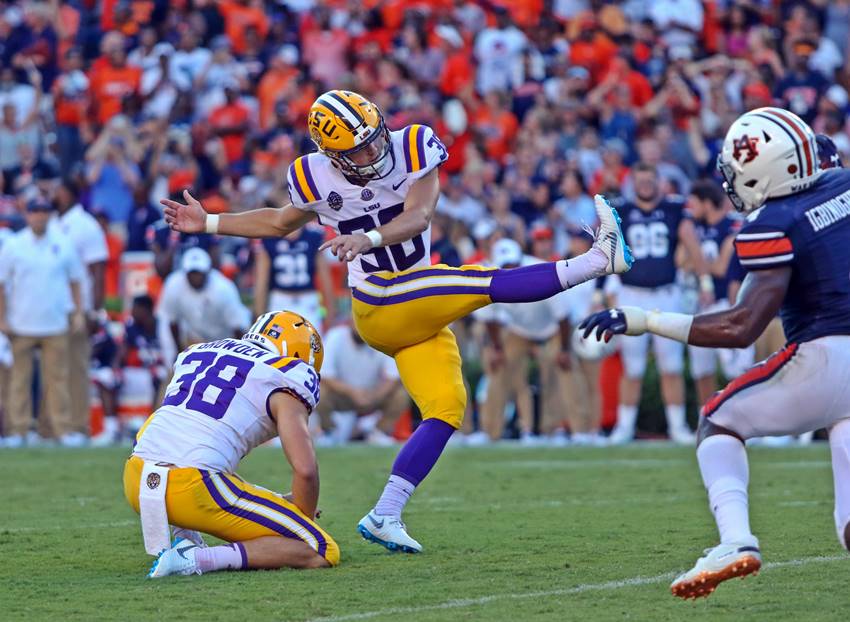 Cole Tracy made a 42-yard field goal as time expired to give No. 12-ranked LSU football an upset win at No. 7 Auburn, 22-21, on Saturday on The Plains.

Burrow was outstanding in the final 8:18, throwing a 71-yard touchdown pass to Derrick Dillon and leading the Tigers with huge conversions on the game-winning field goal drive.

For LSU football fans, it was a surreal experience. They were watching a Tiger quarterback deliver in the clutch.

Burrow’s throw to Dillon was dropped into the middle of a host of defenders. Dillon made the catch and outraced defenders to the end zone.

On the decisive drive, Burrow threw a dart to the sideline to wide receiver Dee Anderson for a key third down conversion and later fired a slant to Stephon Sullivan to convert on fourth down.

Burrow was clutch. He said it was the first time he had been in that situation since a state championship game in Ohio in his senior season.

Tracy said his exploits as the LSU kicker have some Tiger fans make donations to his former school.

Tracy’s 42-yard kick at the gun was a no doubter. He split the uprights.

Burrow and Tracy are proving an axiom of former UCLA basketball coach John Wooden. The team with the best players usually wins.

Orgeron ran his record at LSU to 18-6. After a disastrous start to his head coaching career at Ole Miss, Orgeron has won 24 of his last 32 games.

The Tigers began the season on offense without a running back who had scored a touchdown in a college game.

LSU lost two starters on the offensive line, one by suspension and another, tackle Adrian Magee, to injury in the opener against Miami.

The wide receiver corp was talented, but inexperienced.

And then there’s Burrow.

On a Saturday afternoon in Auburn, Burrow’s profile went from a solid game manager to a clutch fourth quarter performer.

LSU was supposed to be a seven-win team, not talented enough to navigate one of the most difficult schedules in college football.

Instead, Orgeron has stuck to a tried and true football formula. Don’t turn the ball over, play outstanding defense, win the kicking game and be efficient on offense.

If you add a clutch quarterback to that gumbo, LSU’s 2018 seasonhas a good chance to be far more palatable than many predicted. 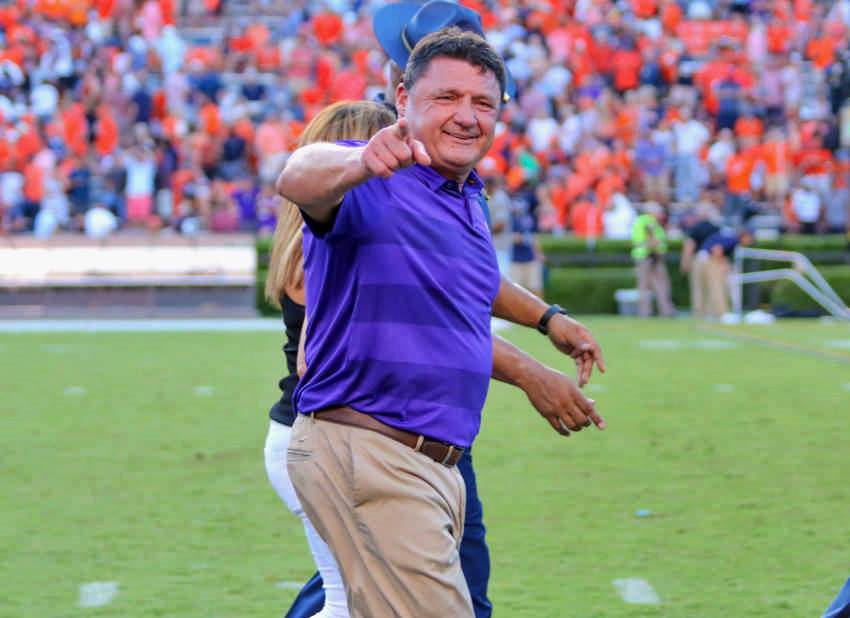 Can the ridiculousness just stop now?