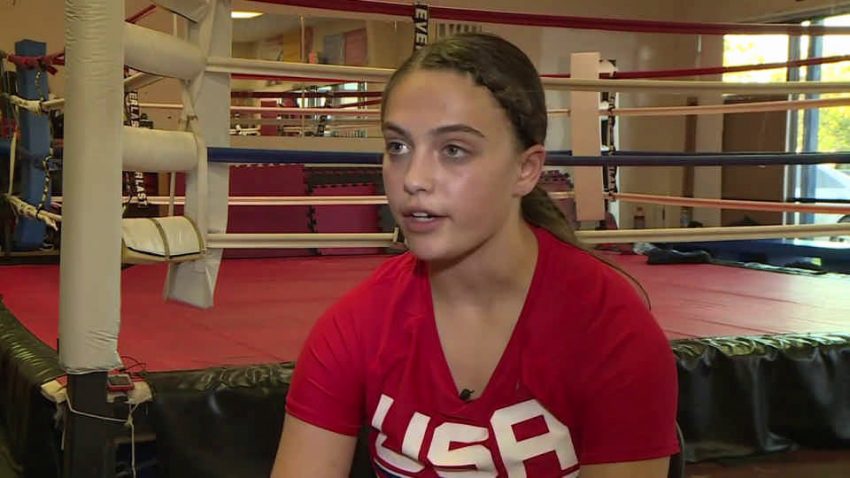 Lavarine was outstanding in the state playoffs for the Lady Patriots, helping lead Curtis to a fifth straight Division I state championship.

In a 48-37 victory over Dominican Lavarine had 13 points, seven rebounds and five assists.

In the title game, Curtis won 43-39 over Mount Carmel Academy and Lavarine had five points, eight rebounds and four steals.

Lavarine is also a champion boxer on the amateur level.