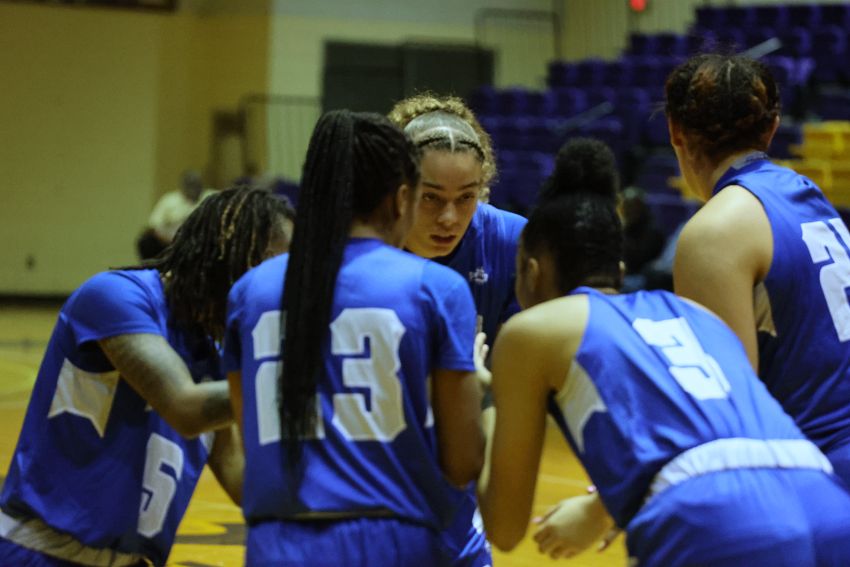 LORMAN, Miss. – The New Orleans Privateers (1-3) got out to a hot start but could not hold off an Alcorn State Braves (2-3) charge in a 65-56 loss on Tuesday evening at the Davey L. Whitney Complex.

HOW IT HAPPENED
With a seven-point lead out of the locker room, the Privateers were winning the turnover battle and shot efficiently in the first half. However, Alcorn State held New Orleans to eight points in the third quarter and 3-of-10 shooting from the field.

Entering the fourth it was a one-point game but the Braves quickly took the lead on their first possession. The Privateers answered back though and it was a tie game with just over three minutes left. It was Alcorn State who had the finish though as they went on an 11-1 run to finish the game.

The Privateers came out strong when they got into their offensive sets. New Orleans was 9-of-13 to start the night from the field. Despite falling behind 14-7 early, New Orleans settled into a rhythm and got a couple of fast break layups off steals that helped level the score after one quarter.

New Orleans started to visit the charity stripe more often in the second quarter which helped key a halftime lead. The Privateers had 10 visits to the free throw line and seven makes. They also forced 14 Alcorn turnovers as the road side carried a 39-32 lead into the half.

INSIDE THE BOX
DeArica Pryor led the offense with 14 points and added five steals along with four rebounds. Tiana Gipson finished with eight points. Nora Francois, Hennessey Luu-Brown and Kyla Davis all had seven points.

Alcorn State forced 27 turnovers and were plus five in that department. Destiny Brown had 18 points and ZyNyia White added 15.

NEXT UP
The Privateers will take the short trip to Tulane to face the Green Wave on Nov. 30.