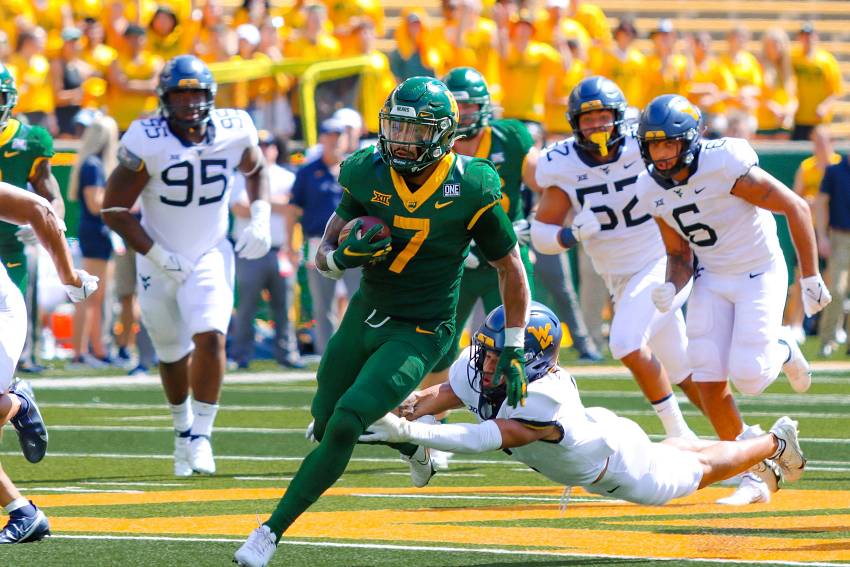 It is highly likely that the top offensive threat of the New Orleans, running back Alvin Kamara, will miss at least some time this season. Between the nature of his position and an off-the-field issue, Kamara may miss games.

There are limited veteran options at running back on the open market right now. Mark Ingram is a proven veteran under contract but he is on the wrong side of 30.

Is rookie Abram Smith out of Baylor the next undrafted gem to bolster the running game? It wouldn’t be the first time the Saints have struck gold on a UDFA.

The franchise has unearthed a few undrafted players who proved worthy of the team’s trust. Leading rushers have come to the team in the past by that route. One led the team in rushing for a pair of season during his time in the Crescent City. Two others paced the team as rookies.

Let’s look back at some UDFAs who defied the odds with the Saints:

– Vernon Anthony “Tony” Baker was the first undrafted runner to make a major splash. He signed with the team in 1968 after a fine college career at Iowa State. Baker inked with the Des Moines Warriors of the semi pro Professional Football League of America to keep his career going before making it with the Saints.

In his second NFL campaign in 1969, he raced for 642 yards and earned a Pro Bowl invite. In 1970, Baker led New Orleans in rushing despite sharing the backfield with Ernie Wheelwright, Don McCall, Jim Otis and Elijah Pitts. Howard Cosell gave Baker the moniker “Touchdown Tony.”

– Former Oklahoma star Jimmy Rogers earned a spot and stuck around from 1980 to 1984. After backing up future pros Billy Sims, Kenny King and David Overstreet with the Sooners, he played in 72 NFL games.

Rogers led the 1980 Saints with 366 yards and and one score despite only starting nine contests as a rookie after Chuck Muncie and Tony Galbreath suffered injuries. The 5-10, 190 pounder played one season in the CFL with Edmonton prior to his arrival in New Orleans.

– Pierre Thomas arrived without much fanfare in 2007 and demonstrated enough to beat out a fourth round pick, Antonio Pittman, for a roster spot.

The 5-foot-11, 210-pound product of Illinois became a fan favorite, spending eight seasons with the team and accumulating 6,353 total yards in 108 contests. Thomas left as the fourth leading rusher in Saints history. A fine receiving back who excelled on screens, he finished sixth in career Saints receptions.

Thomas led the team in rushing in 2008 and their Super Bowl-winning 2009 campaign. He was elected to the Saints Hall of Fame in 2018. 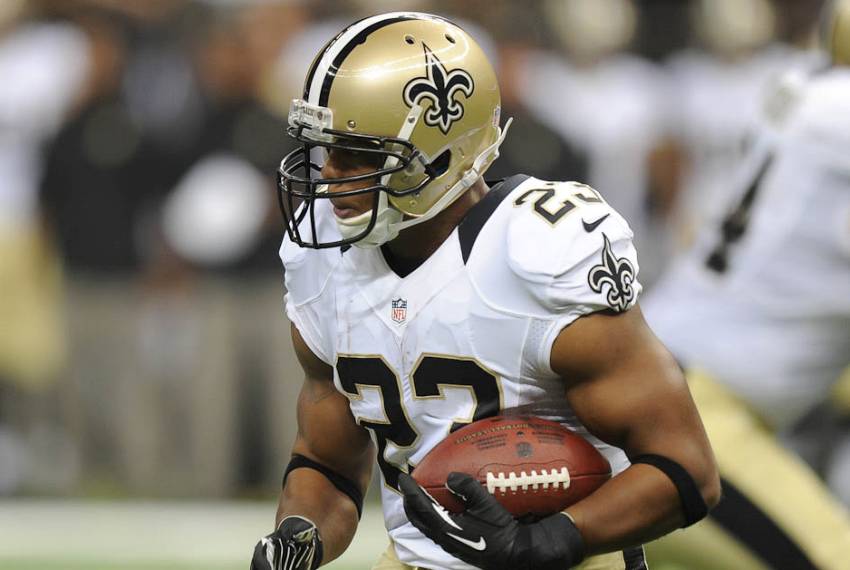 – Chris Ivory witnessed the entire 2010 NFL Draft pass without hearing his name called. The Saints brass saw enough of the 6-foot, 223-pound bruiser with 4.49 speed out of tiny Tiffin College to offer him a spot in the ’10 training camp. He repaid that trust, collecting a swing pass in the third preseason game against the Chargers and galloping 76 yards. It capped an effort that kept him around

Early season injuries to Reggie Bush and Pierre Thomas opened the door for Ivory, who led the team as a rookie in 2010 with 716 yards rushing on a healthy 5.2 yard average with five touchdowns. His breakout performance included 158 yards on 15 carries in week six against Tampa Bay.

Ivory played nine seasons in the NFL with a careeer-high 1,070 yards rushing for Jets in 2015 after spending his the first three years in New Orleans.

Another solid backup in recent seasons from the UDFA list is Khiry Robinson, who was a productive Saints runner from 2013-15.

Back to the question. Is Smith that next dude?

Despite putting up impressive numbers in 2021, the 5-11, 221-pound Smith wasn’t drafted even though he set a Baylor single season mark with a Big XII-leading 1,601 rushing yards and 12 touchdowns while averaging 6.2 yards per carry. It was his only year as a starting running back.

Among his nine 100-yard rushing performances last season was his 188 yards and three scores against BYU. He had a 30-carry day against Texas Tech, producing 117 yards. Smith capped off the campaign with 172 yards against Ole Miss in the AllState Sugar Bowl.

While at Abilene (Texas) High School, he amassed 4,955 yards rushing and 77 touchdowns despite a torn ACL as a sophomore. He drew interest from schools including Texas Tech, Stephen F. Austin and Army, first picking Tulsa before ultimately deciding to ink with Baylor.

He began his time at Waco in the backfield but Smith simply did not get many opportunities in games. In fact, he totaled 12 carries in his first four seasons counting a redshirt year in 2017 when he was recovering from another knee injury (ACL and MCL).

A first-year head coach in 2020, Dave Aranda needed help on defense. Smith, a solid special teamer, was moved to linebacker. He did not perform like a novice. In his four games on defense, Smith totaled 48 stops with five tackles for loss.

Aranda gave Smith another chance in the backfield on offense. His faith was rewarded.

smith will be 24 years old in September but he has low miles on his tires as a runner and has flashed some special skills. He’s a tough, physical runner who possesses some after contact ability to keep moving forward. Smith will finish his runs with good pad level despite some instances of running a bit too upright. He has good but not great speed.

If he is going to earn snaps on offense, Smith will need to brush up in a couple of areas. He is working on his patience as a runner. His one-cut style is a fit for what the Saints like in a back but reading the flow of a play is important for him as a power runner who is not creative in the open field. He must also show more than what he was asked to do in college as a receiver.

Making the 53-man roster will likely take the right combination of special teams ability and potential as a runner. Smith may have that right mix.

The opportunity may present itself to Abram Smith as another undrafted free agent pickup who made the most of his chance for the Saints. It’s certainly not unprecedented.