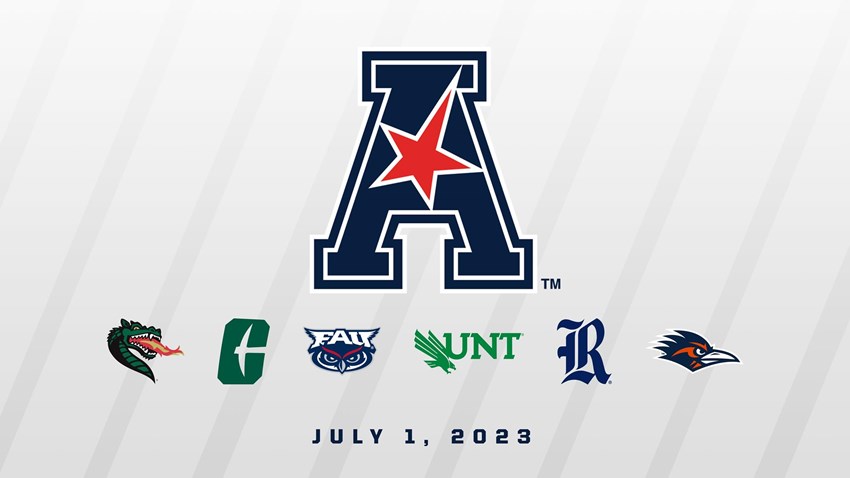 IRVING, Texas – American Athletic Conference Commissioner Mike Aresco has announced that The American has finalized entrance agreements with its six incoming member institutions, who will officially join the conference July 1, 2023.

“We are extremely pleased and excited to welcome our new members to the conference in 2023, as we begin our second decade,” said Aresco. “Our incoming schools comprise a distinguished group with attributes that will enhance our conference’s Power 6 goals. We have already seen the investment and commitment that these institutions have made as they prepare to compete in The American, and, together with our accomplished incumbent institutions, the conference is assured of many years of championship-level competition as part of a bright future that will build on the extraordinary legacy of the past decade.”

The six new members will join East Carolina, Memphis, Navy (football only), South Florida, SMU, Temple, Tulane, Tulsa and Wichita State (basketball and Olympic Sports only) – to bring The American’s membership to 15 schools, beginning with the 2023-24 academic year. The American will compete as a 14-team league in football and in men’s and women’s basketball among other sports.

The American will have a presence in four of the top 10, seven of the top 25 and 12 of the top 51 Nielsen media markets. The league will have four teams in the state of Texas, two each in Florida and North Carolina and one each in Pennsylvania, Maryland, Louisiana, Tennessee, Alabama, Oklahoma and Kansas.