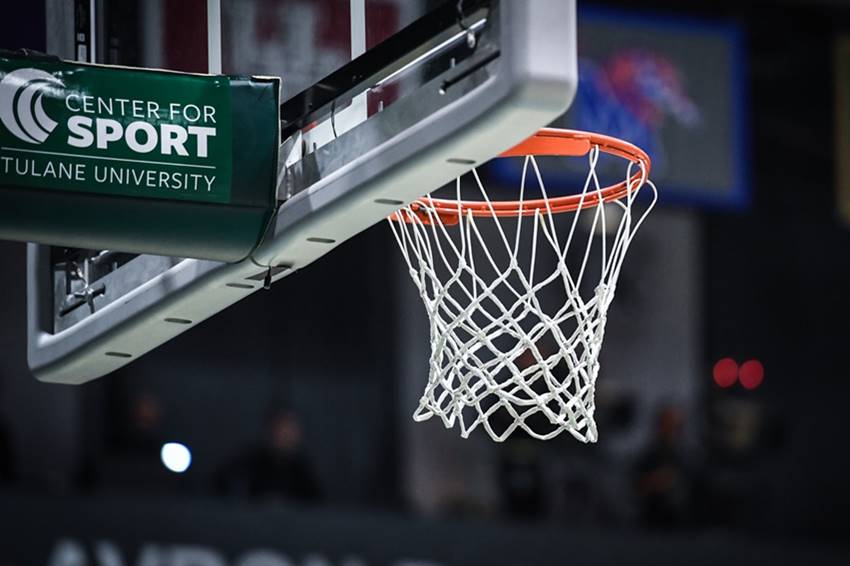 The Green Wave will begin conference play on Dec. 15 at UCF. Tulane will then host Wichita State Dec. 19 before heading to Greenville, N.C., to take on ECU Dec. 22. The Olive and Blue will wrap up the 2020 portion of their upcoming slate on Dec. 30 against Temple in Avron B. Fogelman Arena in the Devlin Fieldhouse.

Tulane will open 2021 in New Orleans on Jan. 2 against Memphis. The Green Wave will hit the road for two games at Houston (Jan. 6) and Cincinnati (Jan. 9). The Olive and Blue are then scheduled to host USF Jan. 13 before heading back on the road to Tulsa Jan. 16.

After a midweek bye, Tulane will have a two-game home stand against SMU (Jan. 23) and Houston (Jan. 27). The Green Wave will close the January portion of the schedule at Temple on Jan. 31.

The Olive and Blue will stay on the road to open February as it will head to Wichita State on the third. A two-game homestand with Cincinnati (Feb. 7) and Tulsa (Feb. 10) will follow. After hitting the road to play SMU on Feb. 14, the Green Wave will face UCF at home on Feb. 17.

Tulane will head to USF the 20th and Memphis the 23rd to finish off February. The Green Wave will end the 2020-21 at home against ECU on March 2.

The American Athletic Conference Championship is slated to be played March 8-11 at Dickies Arena in Fort Worth, Texas.

The Green Wave will tip-off the 2020 season Wednesday, Nov. 25, against Nicholls State at 7 p.m. at Avron B. Fogelman Arena in the Devlin Fieldhouse.

Due to the uncertainty and unprecedented times caused by the COVID-19 pandemic, this schedule may change. Be sure to check TulaneGreenWave.com for all future announcements and updates.