In major league baseball parlance, when a player only appears in a few big league games in his professional career, it’s said he was there only long enough for a proverbial cup of coffee. That expression especially applies to players who got into only one major-league game in their entire career.

The Crescent City can boast having over 80 players reaching the big leagues, but for many of them ‘a cup of coffee’ is about all they can claim. Yet they can be counted among the elite group of nearly 20,000 players to ever appear in the majors in over 140 years.

Of course, New Orleans is noted for having produced storied players like Mel Ott, Mel Parnell, Rusty Staub and Will Clark. Each had lengthy, productive careers. Ott is enshrined in the National Baseball Hall of Fame, while the others have a plaque in their respective team’s hall of fame. Their careers are well-chronicled by baseball historians.

Below is a selection of some of the lesser-known New Orleans area players whose short-lived appearance was likely the highlight of their baseball careers. They won’t be found on any major-league all-star teams or in any halls of fame. Some of them weren’t around long enough to even get cream and sugar in their cup of coffee. But they were still major leaguers all the same.

Johnny Oulliber broke into professional baseball with the New Orleans Pelicans in 1932 by hitting .330. After another good start in the next season with the Pelicans, the former St. Aloysius High School outfielder was promoted to the Cleveland Indians in July. However, he played in only 22 games with the Indians, and wound up back with the Pelicans in 1934 for the last season of his career. He batted .267 with only one extra-base hit in 87 plate appearances with the Indians. 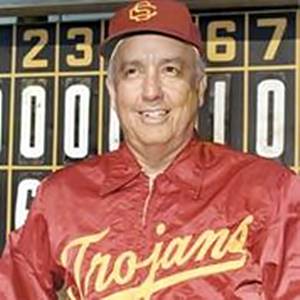 Rod Dedeaux appeared in only two major league games in 1935 with the Brooklyn Dodgers. Born in New Orleans, Dedeaux’s family moved to Oakland, California, as a young child. He played three seasons at the University of Southern California before entering the pro ranks. Having developed a friendship with Casey Stengel during high school, the shortstop was called up by the Dodgers, then managed by Stengel. Dedeaux got a hit in four plate appearances on September 29. After becoming injured in 1936, he played sparingly in the minors until 1939. Dedeaux attained national notoriety as the long-time head baseball coach at USC, capturing 11 national titles between 1942 and 1986.

Oscar Georgy was a right-handed pitcher who made only one major-league appearance with the New York Giants in 1938, when he was a teammate of Mel Ott. He pitched one inning in relief, giving up two runs against Cincinnati on June 4. He finished his pro career in the low minors in the Giants system, retiring in 1941. Georgy played high school baseball at Fortier.

Al Flair signed with the Boston Red Sox organization out of Fortier High School in 1937. After posting an outstanding season with Baltimore of the International League in 1941, he was promoted to the second-place Red Sox in September. The first-baseman hit .200 in 10 games. After missing the 1942-1945 seasons due to World War II, he returned to the minors in 1946. However, he never got back to the majors. He played for with the New Orleans Pelicans in 1947 and 1948 and ended his pro career in 1951 after also playing in the Pirates, Senators, Tigers, and Dodgers organizations.

Ray Yochim signed with the St Louis Cardinals organization out of Holy Cross High School in 1941. His career was put on hold while serving in World War II from 1943 through 1945. The Sporting News erroneously reported his death while serving overseas in the Marines. He eventually pitched for the big-league Cardinals in 1948 and 1949, appearing in a total of 3 1/3 innings in four games as a reliever. He is the older brother of former major-leaguer Lenny Yochim.

Gerry Schoen, who prepped at De La Salle, was drafted out of the University of Loyola in New Orleans by the Washington Senators in the 15th round in 1966. He got called up by the last-place Senators in 1968 and made his debut as the starting pitcher against the New York Yankees on September 14. He pitched only 3 1/3 innings and took the loss. It was his only major-league game, and he was out of baseball after the 1971 season.

Allan Montreuil grew up as a schoolboy “phenom” in New Orleans, often playing in amateur leagues at a higher level than his normal age group. After two state championships at De La Salle High School, he played for the University Loyola in New Orleans for two seasons. He signed with the Boston Red Sox in 1963 but was traded to the Chicago Cubs in 1969 when he became blocked in his bid for a regular job with the big-league Red Sox. After four seasons at the Triple-A level, he finally got a call-up to the big-league Cubs in 1972. He managed to get only one hit in five games in his only major-league season. His last season of pro ball was in 1975.

Jim Gaudet’s abbreviated major-league career spanned two seasons, but still amounted to only six games. He had one hit in 14 plate appearances with the Kansas City Royals during 1978 and 1979. He was initially drafted out of Jesuit High School by the Atlanta Braves in the third round in 1973. However, he chose to attend Tulane University and was drafted again in 1976 by the Royals in the sixth round. He ended his pro career in 1982 in the Toronto Blue Jays organization.

Webster Garrison was a second-round pick of the Toronto Blue Jays out of Ehret High School in 1983. The shortstop signed with the Blue Jays for a $150,000 signing bonus, passing up a scholarship offer to the University of New Orleans. Shortstop Tony Fernandez blocked his ascent to the Blue Jays, and Garrison was granted free agency after an injury-plagued 1990 season. The Oakland A’s signed him, and he finally got his shot in the majors for five games in 1996. He was hitless in 10 plate appearances with the A’s, and then it was back to the minors. He played three more seasons in the A’s organization before retiring as a player in 1999. He became a minor-league manager and coach in the A’s system and was still active in 2019. 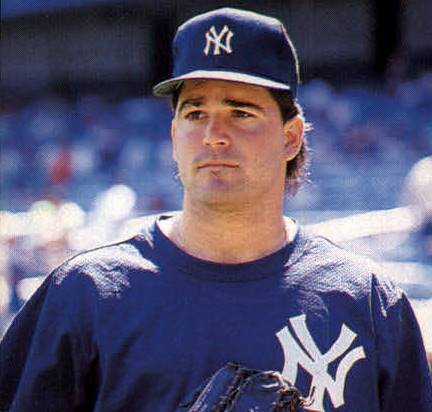 Kevin Mmahat played at Tulane University and was drafted by the Texas Rangers in the 31st round of the 1987 MLB Draft. After one season in the Rangers organization, the left-handed pitcher was purchased by the New York Yankees. He was called up by the Yankees in September 1989, when he made two starts and two relief appearances, posting two losing decisions. He lasted three more seasons in the minor before retiring in 1992. Mmahat played high school ball at Grace King.

Steve Bourgeois, who prepped at Riverside Academy and played for Delgado Community College and University of Louisiana Monroe, was first drafted in 1991 by the Cleveland Indians in the 49th round but did not sign. Two years later the right-handed pitcher was selected by the San Francisco Giants in the 21st round. He made his major-league debut with the Giants on April 3, 1996, and wound up pitching 40 innings that season, posting a 1-3 record and 6.30 ERA. It was his only big-league season. Bourgeois finished his career in the Mexican League in 2007.

Jeremy Bleich was a supplemental first-round pick (41st overall) of the New York Yankees in 2008. He had starred for Newman High School before playing for Stanford University. He played in the Yankees organization until 2011, when Bleich was granted free agency. He then went through several more organizations before landing with Oakland in 2018.

At 31 years of age, Bleich made his major-league debut with the A’s on July 13 in a relief appearance and then pitched in one more game before being sent back the minors. Those were his only major-league games. He last pitched in the Boston Red Sox organization in 2019.

Mike Romano was an All-American pitcher as a sophomore at Tulane in 1992, when he led the country in wins (17) and finished second in strikeouts (174). The right-hander was drafted in 1993 by the Toronto Blue Jays in the third round. After three seasons at the Triple-A level, he made his major-league debut with the Blue Jays on September 5, 1995, in a relief appearance against Kansas City.

Altogether, Romano pitched in three games for a total of 5 1/3 innings in his only big-league season. He finished his career by pitching in the Mexican, Japanese, Korean and Venezuelan professional leagues. Romano threw the first no-hitter in Mexican League playoff history on August 18, 2002. He prepped at Chalmette High School.