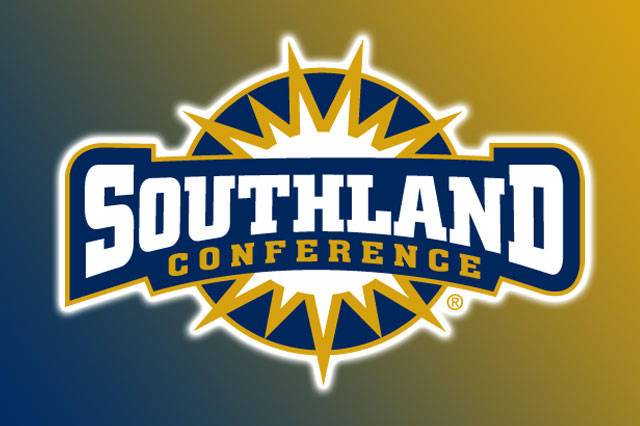 FRISCO, Texas – HBU’s Kaitlin Smith and UIW’s Parker Barrett are the 2022 Southland Conference Outdoor Track & Field Student-Athletes of the Year, the league announced Tuesday along with its academic all-conference teams.

The 2022 Southland Indoor Student-Athlete of the Year, Smith repeated the honor for the outdoor season, in addition to winning MVP honors following the Southland Outdoor Track & Field Championships. Smith earned a total of seven medals, four gold, during the indoor and outdoor seasons. The graduate student from Wailuku, Hawaii, qualified for the NCAA Outdoor Championships in the heptathlon and earned second-team All-America recognition with an 11th-place finish. Smith carried a 4.0 GPA earning a B.S. in kinesiology, and then her Master’s in kinesiology-sport management to earn Southland All-Academic honors for the fourth year in a row and a nod on the CoSIDA Academic All-America First Team.

Barrett, the Southland javelin champion, holds a 3.74 grade-point average (GPA) as a criminal justice major. As a sophomore, Barrett led the Cardinals to their first outdoor championship with 21 points. He won the javelin with a throw of 61.44m, while also placing third in the high jump (1.98m) and fourth in the decathlon (5,443 points). Barrett, who hails from DeKalb, Texas, is a two-time selection to the Southland Commissioner’s Honor Roll.

The men’s all-academic roster is comprised of 27 spots, with Southland men’s team champion UIW leading the way with six selections, while HBU placed five on the squad. HBU senior Scott Boon and graduate student Matthew Hernandez of UIW received their third all-academic honor, while eight others were repeat selection.

Southland Conference Track & Field All-Academic Teams are selected by a 50-percent rule. Of the total number of nominees, half are named all-academic selections. Honorees are nominated and voted upon by head coaches, sports information directors, and academic staff members from each university. Student-Athletes of the Year are voted on by the Southland awards committee, consisting of one administrator from each member school.

^ Student-Athlete of the Year