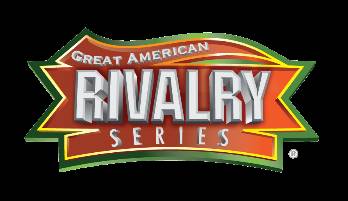 The Great American Rivalry Series® (GARS), now in its 19th year, shines the spotlight on top high school football rivalries across the nation. Since 2004, the Series has covered more than 930 elite high school football rivalry games across 44 states, highlighting exceptional athletes and decades of competition Our sponsor for the 2022 season is the United States Marine Corps

The nomination process to be a part of the Great American Rivalry Series® for the 2023 season has already begun. Each year, hundreds of nominations from high school football rivalries across the country submit their rivalry to be part of the Series.  The nomination form can be
completed at https://bit.ly/GARS_joinus

ABOUT THE GREAT AMERICAN RIVALRY SERIES
In 2004, BRAINBOX Immersive Marketing created the Great American Rivalry Series to celebrate this uniquely American sport and the cultural phenomenon of “Friday Night in America.” The Series has grown to include 1019 games in 44 states over its 19-year history, while recognizing over 1,600 student-athletes with scholarships