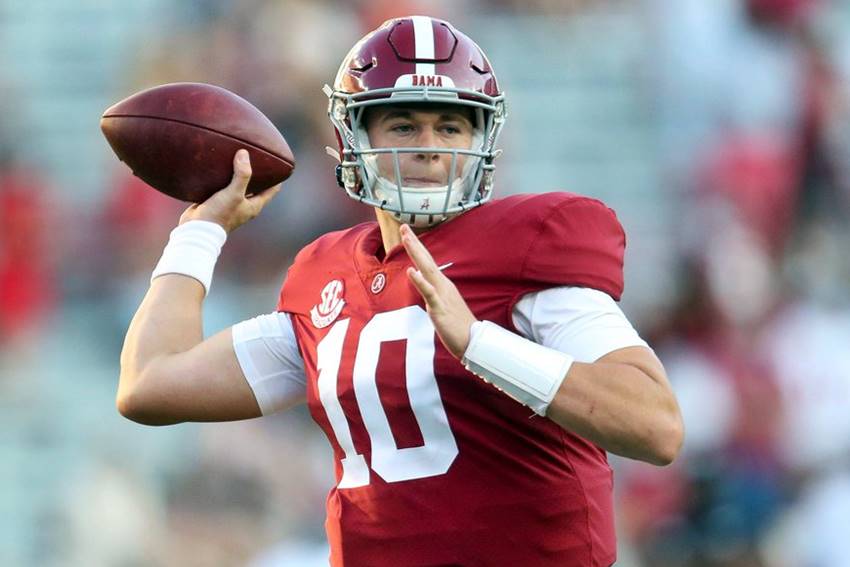 It is fairly well known that the Jacksonville Jaguars with the top overall pick in the 2021 NFL Draft will select quarterback Trevor Lawrence out of Clemson while the New York Jets will take quarterback Zack Wilson of BYU at No. 2.

With pick No. 3, the 49ers are taking a quarterback as well. San Francsico traded up to do so. The speculation center around which one?

All three of the remaining top rated quarterbacks – Mac Jones of Alabama, Trey Lance of North Dakota State and Justin Fields of Ohio State – would be justified.

The feeling around the league is the 49ers are going to take Jones; however, they are still looking hard at the other two options, and some feel Trey Lance is their guy.

The fun really starts with what the Falcons do at No. 4. Atlanta has been getting calls from teams that want to move up to that spot to take a quarterback. I don’t think the Falcons should take a quarterback at all because veteran starter Matt Ryan still has two years on complicated contract. It would take a huge cap hit if they try to move him. They would do well to take Kyle Pitts,the impressive tight end from Florida, who many feel is the best prospect In this draft other than Lawrence.

The Broncos at No. 9 are a team many believe are looking to move up to get a QB to replace inconsistent starter Drew Lock.

Meanwhile, the Saints may look to move down from No. 28 overall to get another draft selection, although they have always tried to move up in the recent past. The wide receiver position and cornerback position are both deep in prospects so New Orleasn could move down and still get a top prospect.

There are eight wide receivers who could project to round one or very top of round two:

As for cornerback, there are seven or eight first or high second round projections:

There could be a record number of opening round trades this year. Let the games begin Thursday.