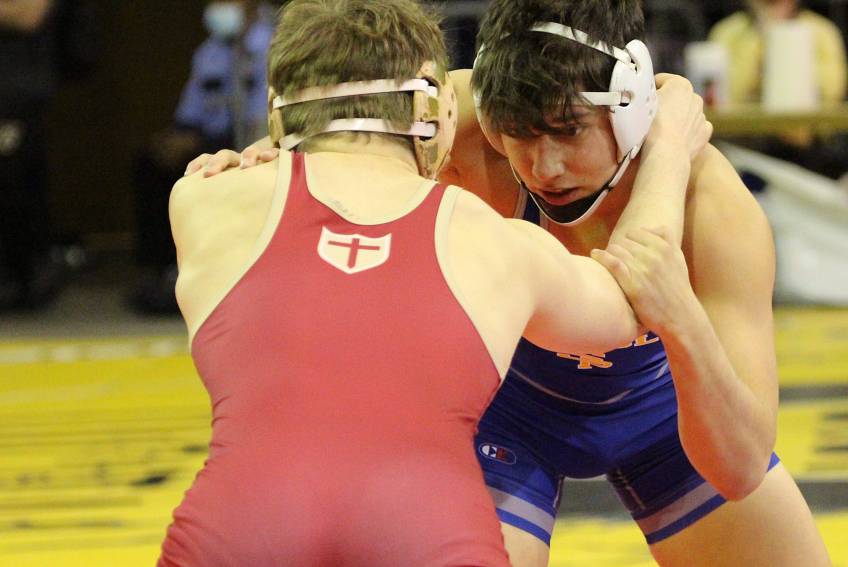 The sport of wrestling is without a doubt extremely important to a particular school on Elysian Fields.

In the past, Brother Martin has won 20 state titles in their history. The school ranks third all-time in the state for the most state championships in the sport.

The program has also produced the first and second ever Division I four-time individual state champions in Paul Klein and Steven Shields. Clearly, the wrestling program at Brother Martin is used to being at the top with champion performers.

Andrew Nicola will enter his third season as head coach for the Crusaders. Originally from Fort Wayne, Indiana, he has a substantial amount of experience in the sport of wrestling. His coaching resume includes coaching for high school, college and world championship teams.

In Louisiana, Nicola splashed onto the scene his first year as head coach by winning the 2020 Division I state championship in Shreveport. This past year, the Crusaders still looked the part of a title winning type of team when they wrestled during the season, capturing the title at the Louisiana Classic, where there is no division separation, by 19.5 points. However, Brother Martin fell short and earned fourth place at the state championships.

Many coaches and competitors were just happy to have a season in the 2020-21 school year. The global pandemic was also an unfavorable factor for every team in the state due to multiple restrictions. The year was filled with uncertainty and most people thought the season would not have a chance to finish in February.

“It wasn’t really tough to keep guys motivated to train. The issue was the lack of mat time during the pandemic,” Nicola said. “We have such a young team that was lacking experience and trained hard in those summer months. Although we had beaten all of the teams every time during the regular season that placed ahead of us at state, our lack of mat time experience was exposed at the state championship.”

Looking to take the state title in Division I back from St. Paul’s in the upcoming year, Brother Martin will welcome back nine of 14 starters from last year. The team seems to be reloading rather than rebuilding with only five seniors who graduated. The Crusaders put six in the finals at the state championships but ended up with no individual winners. However, four out of the six finalists will be back this season. The finalists include seniors Dylan Moser, Mason Elsensohn, Rocco Horvath, and junior Kent Burandt. Horvath, Elsensohn, and Ryan Corca were also named team captains for the season as well.

“Anyone that has seen these guys’ work ethic would understand why they’ve been elected as captains,” Nicola said. “These guys get the job done academically, athletically, and socially.”

The Crusaders return numerous starters but have individuals who were consistently plugged in and made significant statements when starters were not available. For example, Jacob Elsensohn, who stepped into the lineup as a freshman at the Louisiana Classics, made it to the semifinals and lost in sudden victory but wrestled back to earn fourth place.

“Our younger athletes know that the expectation is high for them as they join us in the varsity room,” Nicola said. “The bar has been set high. The younger athletes’ contributions will be a necessity for our quest to bring back the state championship back to Elysian Fields.”

The other young athlete to watch this year is freshman Richie Clementi.

“Richie is the best lower weight in the state,” Nicola said. “His technical abilities and his mental abilities are ahead of his age, but there are guys in our room that push him to his limits regularly.”

The remaining starters are seniors Luke Ohler, Julian Tapia, Anton Brown and Aidan Moulliet as well as junior Ty Duncan, who has a great deal of potential. Other notable wrestlers who have experience that possibly could end up in the starting lineup include juniors Nick Cusiamo, Matthew Meyer and Sam Riles.

Overall, the Crusaders are poised to be back on top.

“Everyone is doing their part to work towards achieving our team goal,” Nicola noted. “These young men are embracing the grind and embracing the expectation to succeed. These veterans that were in the lineup last season have a sour taste in their mouths.”

The importance of competing out of state benefits any team because of the potential to find greater competition. Wrestling in the summer is great for individuals to train but most wrestlers are not in shape when compared to in-season.

“We have competitions scheduled for Texas, Tennessee, Alabama, and Georgia as of now,” Nicola said. “These days of high school wrestling will be some of the best memories of these boys’ lives. They deserve the opportunity to have fun, travel with their best friends, compete against out of state opponents, and so much more.”

Brother Martin will be challenged by many teams throughout the state. Schools such as Jesuit, Holy Cross, Catholic, Teurlings Catholic and reigning Division I champion St. Paul’s will put the Crusaders to the test.

Last year, the Crusaders were anticipating a titanic dual meet against St. Paul’s which was unfortunately cancelled due to the pandemic. State wrestling paused in order to ensure that the state championship would occur in February. The Wolves and Crusaders will once again not face off in a head-to-head dual meet this year. The two programs will have plenty of eyes watching when they eventually cross paths at the Louisiana Classic or State Championships.

The Crusaders for once will not have the target on their backs but the program expects nothing less than a return to glory.