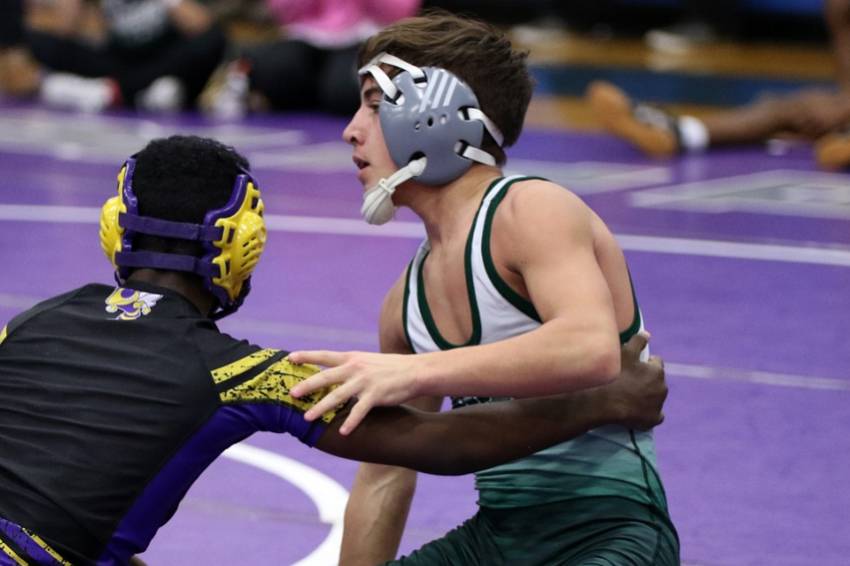 The Archbishop Shaw wrestling program has never won a state championship in their school history. However, the end seems near for the Eagles’ wait.

Despite never winning a championship, the program had great teams in the past. For example, the highest finishes for the program were runners-up in 2008, 2009 and 2015. Nevertheless, the direction of the program has changed even more dramatically for the better under a head coach who is entering his fourth year.

Brandon Surrency, a 2009 graduate, was a state runner-up at 103 pounds in his junior year and won the state championship at 119 his senior year. He then became an assistant coach at his alma mater for the 2017 and 2018 seasons.

“Going back to my alma mater was always a dream for me.” Surrency said. “I identify closely with Salesian mission here on the westbank. It’s important to develop the student athletes in all aspects of life: spiritually, academically and athletically.”

In particular, Price stands out from the rest because he is already a three-time state champion seeking a fourth title, which would be a first in their school history. The program has never seen a wrestler as dominant as Price.

“Glenn is a special young man. He’s extremely competitive both in the classroom (4.2 GPA) and on the mat.” Surrency said. “He is smart and athletic, but his work ethic is what truly makes him special. He’s always the first guy in and last guy out the room.”

Price won the Louisiana Classic, a tournament where all divisions are combined unlike the state championship. He also earned All-American status at the National High School Coaches Association Wrestling Nationals tournament in April this year.

Monaco has an extreme passion for the sport every time he steps on the mat. He enters his senior year with an exceptional amount of experience in the sport. He did not place his freshman year at state but came back to earn fourth his sophomore year. This past year, he proved he was a contender for the state title when he defeated Blaine Caisco, eventual 2021 Division I state champion, at the Louisiana Classic.

Bush Jr. surprised many spectators when he pinned the number one seeded wrestler at the state championship in the semifinals on the way to winning a title.

These three individuals will without a doubt elevate the program expectations for next season.

Overall, the team looks ready to contender for the trophy.

“It would mean a great deal for our entire westbank community.” Surrency said. “We would all love to see the Brother Melchior trophy residing on Salesian Lane.”

Storied programs in Louisiana who have a long history of winning that desired trophy are Shaw rivals like Holy Cross, Jesuit and Brother Martin.

“Personally, winning a team state championship for this program had been a goal of mine since I was a freshman in 2005.” Surrency explained. “Being a small school, we don’t necessarily have the depth of some of the bigger Catholic League schools, but we believe our 14 starters can go toe-to-toe with any team in the state.”

Holy Cross is the school with the most state championships (28) in state history. Jesuit comes in second (22) and Brother Martin in third (20). Those schools are always in the discussion each year and that is exactly where the Eagles’ program intends to be.