World War II took its toll on America in countless ways. And major-league baseball was no exception. In January 1942 President Franklin Roosevelt supported the continuance of professional baseball, despite many other war-time restrictions implemented throughout the nation. However, with many young men being pressed into military service, a shortage of players in the majors developed.

One of many players who had an improbable ascent to the majors during that time was Ralph “Putsy” Caballero. He had graduated from Jesuit High School in 1944 at age 16, after a celebrated prep baseball and basketball career. A few months later he was on the Philadelphia Blue Jays (a nickname the team used in 1944 and 1945 in lieu of the Phillies) roster making his major-league debut.

New Orleans was a familiar place for major-league scouts. The local high schools were producing numerous professional prospects that had recently included future major leaguers Charlie Gilbert, Howie Pollet, Mel Parnell, Jack Kramer, and George Strickland. Pitching phenom Dick Callahan from Holy Cross High School in New Orleans signed a contract in 1944 to play for the Boston Red Sox organization, and it included a bonus of $15,000, an unheard of amount at the time. 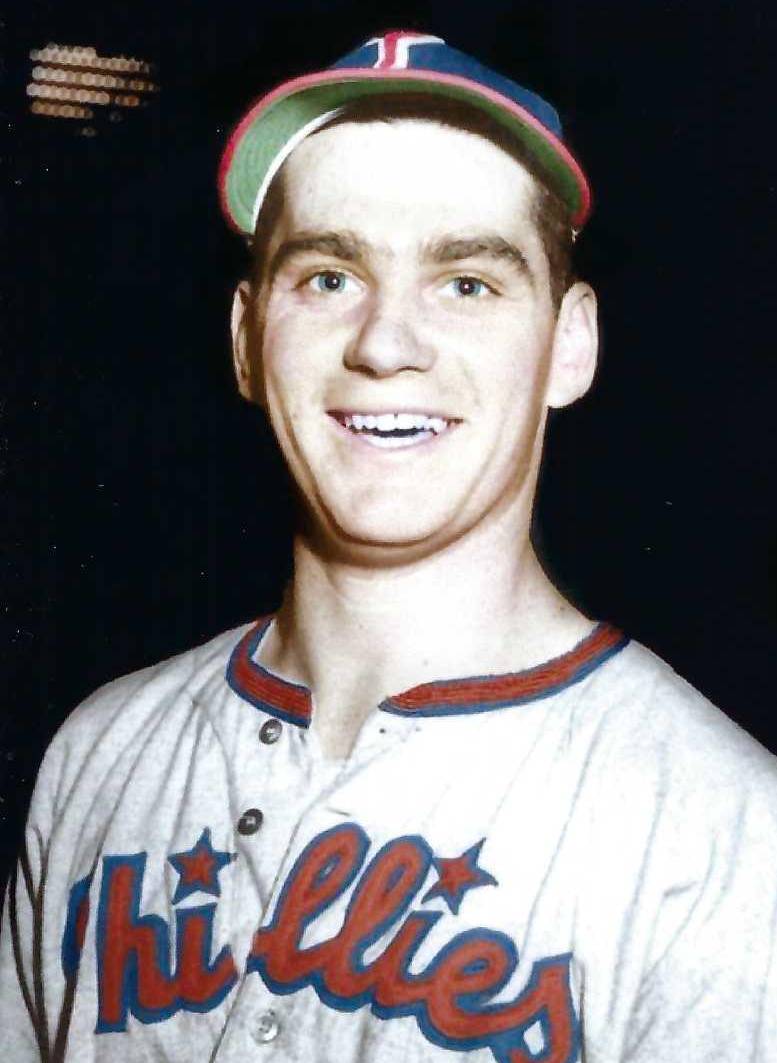 Caballero continued to play American Legion baseball after graduation, as he had done during several prior summers. He already had an offer to attend Louisiana State University on a dual baseball and basketball scholarship, but that didn’t stop him from entertaining offers from professional teams. One of his suitors was the New York Giants, with whom New Orleans native Mel Ott was the player-manager. When Philadelphia offered a lucrative $8,000 signing bonus, his father advised Putsy to accept it and forgo college.

Because of the shortage of professional players, Philadelphia decided to send Caballero directly to their major-league club. Essentially, he swapped his Jesuit Blue Jays uniform for one with the Philadelphia Blue Jays. Their management wanted to get a first-hand look at him in a major-league environment in preparation for the 1945 season. He was almost 13 years younger than the average age of position players in the majors at the time.

Caballero made his major-league debut on September 14, 1944, against the New York Giants in a lopsided loss by Philadelphia. He was a late-inning defensive replacement at third base and popped out in his only at-bat. He appeared in three more games with Philadelphia that season and failed to get a hit in three more at-bats.

Interestingly, Caballero wasn’t the youngest player to appear in the big leagues. Earlier in the season, 15-year-old Joe Nuxhall made his pitching debut with the Cincinnati Reds, still the record for youngest major-leaguer. Carl Sheib (Philadelphia Athletics) and Tommy Brown (Brooklyn Dodgers) were also 16 years old (a few months younger than Putsy) when they made their major-league debuts in 1944.

Twenty-five-year-old Fats Dantonio was another native New Orleanian who made his debut late in the same season with the Brooklyn Dodgers. His promotion to the big leagues was another example of baseball’s difficulty in filling rosters with experienced replacements. He lacked the usual experience of playing at a high level in the minors before reaching the majors. Dantonio wound up playing in only 50 games during his two major-league seasons.

Caballero started out the 1945 season with Philadelphia but was soon sent to the minors for more seasoning. It turned out he had been rushed too quickly to the majors. He didn’t win a full-time job with the Phillies until the 1948 season.

The highlight of his career came in 1950, when still only 22 years old he was a member of the Phillies’ “Whiz Kids” team that won the National League pennant, their first since 1915. He was used mostly as a utility player in defensive replacement, pinch-hitting, and pinch-running situations. He managed to see action in three World Series games against the New York Yankees, who swept the Phillies in four games.

Caballero was a part-time player with the Phillies in 1951 and 1952 and then finished out his pro career in 1955 after three seasons in the minors. His career stats in 322 major-league games include a .228 batting average, one home run, and 40 RBIs.

Caballero is often remembered as having one of the more unique nicknames in baseball. Years later in an interview he stated there was no particular reason why he was called “Putsy.” He said when he was growing up in New Orleans, practically everyone had a nickname. Caballero was inducted in the Greater New Orleans Hall of Fame in 1994 and the New Orleans Professional Hall of Fame in 2009. He died on December 8, 2016, at age 89.